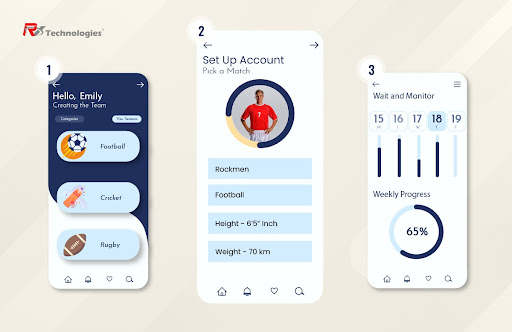 Ever since Dream 11 acquired 50 million customers, many large enterprises have started planning to invest in fantasy sports app development. It’s one of the most lucrative industries and the return on investment (ROI) is considerably higher. Studies suggest that the fantasy sports market is expected to reach a revenue of $48.6 billion by the end of 2027 and witness a gross CAGR of 13.9% from 2021 to 2027. 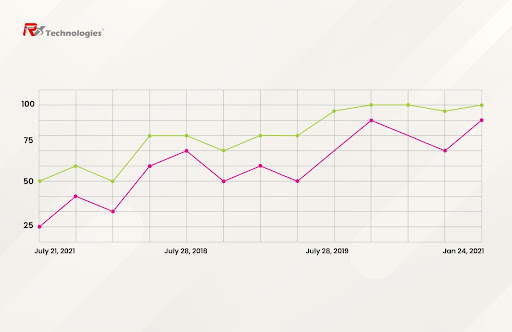 What is a Fantasy Sports App?

If you are not familiar with fantasy sports apps, here’s what you should know. These apps allow users to compete in virtual leagues by creating their own teams. The teams usually involve players who participate in real-world games like Soccer, Football, Cricket, Baseball, etc. Based on the players’ performance in the actual games, the users receive rewards and move towards the next phase of the competition. Today, the market is stacked with a wide variety of fantasy sports apps. Some of the most popular Fantasy Sports apps include: 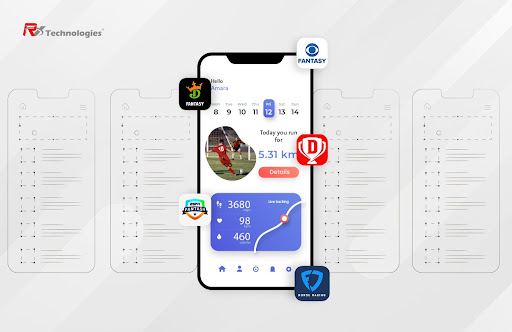 While some of these fantasy sports platforms involve real money, others distribute rewards in the form of special discounts. If you are planning to launch your own fantasy sports, it would be crucial to decide on the in-app rewards and their distribution.

How Does a Fantasy Sports App Work?

The game starts when the users create their account and choose a match that they want to try their luck with. Fantasy apps usually have dedicated categories to showcase different types of sports. Users can choose any one of these matches and proceed towards the next step of setting up their teams.

After picking the right game, the next is to create a virtual team for the game. Users can pick players and construct a team that would drive them towards victory. There are multiple ways to set up the team, and users have the liberty to include any player they want. The only prerequisite that every user must follow is adhering to the rules of the original game itself. For instance, if the user has chosen baseball in the first step, they can only add nine players to their team. Once the team is fully constructed, users can assign a captain as well. It’s worth noting that the captain’s performance in the actual game will have a huge impact on the users’ scoreboard. That’s why it’s always necessary to choose the captain wisely.

Once the team is up and ready, users can participate in virtual leagues and monitor their game remotely. The majority of sports fantasy apps allow players to modify their teams, even in the middle of the game. Users can add new players, remove the existing ones, or even change their bet anytime they want. Based on how the actual players perform in the real game, the users would receive a dedicated award accordingly.

What are the Essential Features of a Fantasy Sports App?

Now that you are familiar with the basic working model of a fantasy sports app, let’s dive into the features that are essential for such applications. In general, choosing the right features would depend on the type of audience you want to target. However, there are a few core features that’ll stay consistent, regardless of your business model. As per our professional app developers in India , these features include: 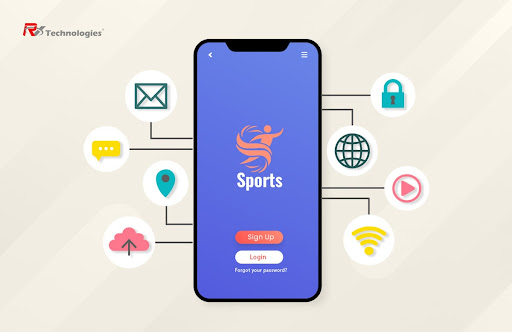 The user’s profile acts as the primary ‘Control Center’ to access different features of the app. To enhance the user experience, it’s ideal to integrate social media logins so that people could set up their user profiles within a few seconds.

After their profiles are up and ready, users would want to create their individual teams to participate in leagues. To ensure a seamless user experience, you must integrate all the necessary features so that players can add and remove players from their teams in a hassle-free manner.

As we mentioned earlier, many fantasy sports apps also involve real money where the users place bets on their players and receive monetary rewards at the end. If you’re also planning to support monetary betting with your fantasy sports app, it would be necessary to integrate a dedicated mechanism to support online payments. Ideally, you can follow two different approaches, i.e., either build a dedicated e-wallet from scratch or integrate an existing payment gateway. Basically, if you have a limited budget and don’t want to compromise the functionality, it would be better to choose the latter. Integrating a payment gateway is far more cost-effective as your team of app developers in India would have to only integrate the existing API of the wallet.

Here’s the thing; your end users might have installed multiple fantasy sports apps on their devices. And, since the majority of these apps have somewhat similar features, it would be crucial to stand out. One of the ways to do this is to use “Push Notifications”. It’s one of the most useful features in the app development market that (when implemented correctly) can help you retain your customers and encourage them to keep coming back. Ideally, you can use the Push Notifications to alert users about new leagues, remind them about their bets, and share the status updates for an ongoing game. This will allow you to keep the users engaged even if the user installs dozens of fantasy apps on his device.

Finally, the last feature that’s necessary for a fantasy sports app is the “scoreboard”. While participating in multiple leagues, users would want to keep a check on their scores from each game. So, your app development team would have to design a fully functional scoreboard that automatically updates the numbers from each game and keep the players up-to-date with their performance.

Now, when it comes to hiring a team of Indian app developers for a fantasy sports app, you have the liberty to choose from two different approaches. You can either hire a team of freelancers or reach out to a full-scale app development company to get your app developed. While both these approaches can deliver the desired results, you’ll have to consider various factors to make the right decision. For instance, if you want to launch a large-scale fantasy sports app and want to target a wider audience, it would be more practical to work with professional app development agencies. Usually, these firms have development teams with dedicated project managers, designers, testers, and developers. It means you only have to pay once and the development team will manage the entire process on their own. 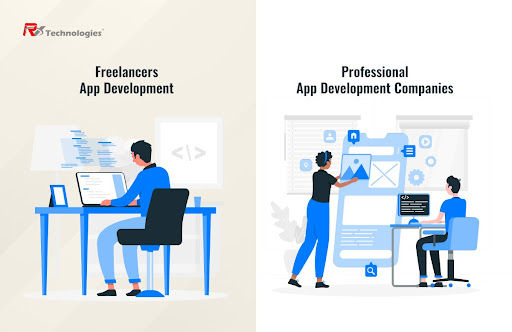 Unfortunately, that’s not the case with freelancers. Often hiring freelancers can become a headache as you’ll have to manage multiple people on your own. There are no dedicated teams and in the majority of cases, you’ll have to hire designers, developers, and the QA teams separately. This is the reason why the majority of startups in the US don’t want to work with freelancers. Apart from this lack of skills is another reason why brands want to stay away from freelancers. Nearly 14 % of business owners don’t trust the skill set of freelancers and choose to work with dedicated app development firms instead. 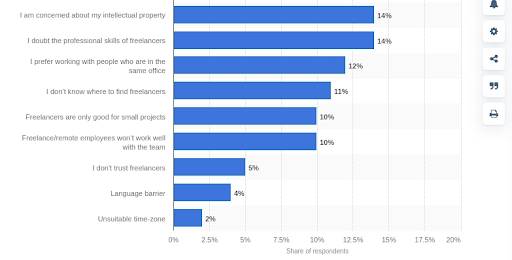 Circling back to our main topic; here are the seven factors that’ll help you hire the best sports fantasy app development company and enter the market with a feature-packed fantasy app.

Industry experience is yet another crucial deciding factor that would allow you to find the best development team for your fantasy sports app. The general thumb rule says that you should look for developers who have been working in the industry for a considerable period. Why? Because these developers are familiar with the most effective development strategies and know how to implement them the right way to achieve different business objectives.

One of the key objectives you must consider while hiring an app development company in India is their experience in the specific niche. Even if a development team has worked in the industry for 20 years, you would not want to hire them if they have never built a fantasy sports app in the past. Developers with expertise in the specific niche will add an additional “plus factor” in your favor and you’ll be able to launch a distinctive fantasy sports app into the market.

It’s worth noting that developing a fantasy sports app can cost anywhere between $10,000 to $100,000. Due to this vast difference, it’s always a good strategy to specify your budget in the beginning and stick to it throughout the hiring process. Look for app development agencies that fit within your budget. You should also specify a separate budget for maintenance because your app would require regular maintenance services once it’s launched in the market.

Finally, once you have narrowed down the list to 3-4 development firms, ask for the expected delivery time from each candidate. No doubt, every business owner expects a fast time-to-market, but you must ensure that quick delivery time doesn’t compromise the functionality of the app. Your objective should be to bridge the gap between quality and timely delivery. To evaluate if an app development firm can deliver the app on time, check client testimonials to see what the previous clients have to say about the timely delivery.