Why iPhone 13 is a Trendsetter 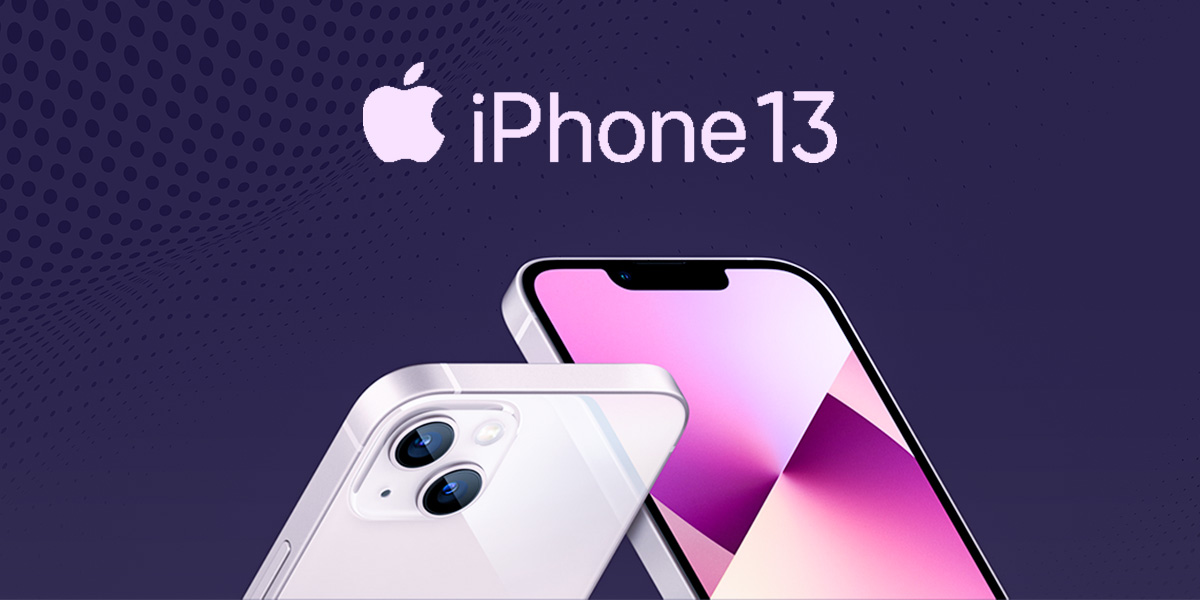 On September 14, 2021, Apple finally put an end to all the rumored renders of the iPhone 13. The tech giant hosted the iPhone 13 launch event in California and revealed the brand-new iPhone 13 lineup along with a few other products like a 5G-supported iPad Mini and an Apple Watch.

Post Apple’s announcement, we saw many tech journalists sharing their opinion on the new smartphone lineup and whether they are worth the wait or not. While some people are fanboying over the new features, others believe that the iPhone 13 lineup is nothing but a minor upgrade over its predecessors.

To clear out the confusion and help you gain a fresh perspective, we have put together a detailed review of the all-new iPhone 13. In this review, we’ll understand why iPhone 13 is going to be a trendsetter and how it might leave a huge impact on the mobile app development industry.

So, without any further ado, let’s dive in.

Like the previous year, Apple has released four different variants in the iPhone 13 lineup including iPhone 13 Mini, iPhone 13, iPhone 13 Pro, and iPhone 13 Pro Max. In terms of appearance, all these four models have similar traits as their respective predecessors. 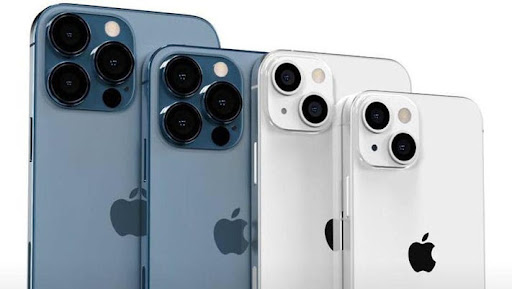 For instance, they still house the same flat-edged aluminum design that we saw in the iPhone 12 lineup. The screen size is also similar to that of the iPhone 12 models. However, if you take a closer look, you’ll notice several minor upgrades that make iPhone 13 unique.

With the iPhone 13 lineup, Apple has reduced the size of the front notch, giving more room to the display. Although we are yet to see a water-drop notch (as seen on many Android devices), the smaller notch is still a considerable upgrade, given that it houses many sensors.

In addition to this, Apple is now using recycled plastic bottles for the antenna lines on both iPhone 13 and Pro models. But, the latter is now equipped with surgical grade stainless steel – a material that Apple claims is resistant to corrosion. The iPhone 13 lineup is available in four new colors, i.e., Graphite, Gold, Silver, and Sierra Blue. 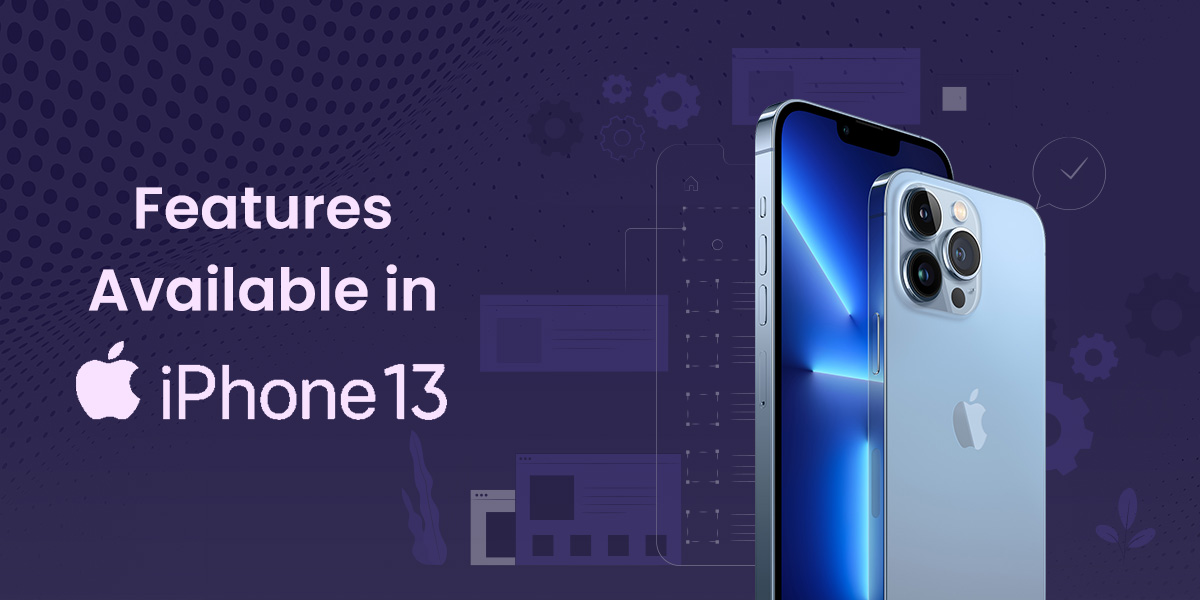 So, here are the new features in the latest iPhone 13 that make it a trendsetter in the smartphone market.

As expected, the iPhone 13 models are powered by the brand-new A15 bionic chips that have 15 billion transistors. To put it in simple words, this new A15 bionic chipset can outperform any other smartphone processor on any given day. According to Apple, the A15 chips have a more optimized graphics processor and high-performance neural engine to support AI capabilities.

Apple has also introduced a slightly better camera setup in all iPhone 13 models. With iPhone 13 Mini and iPhone 13, you’ll now see a diagonal camera setup with a dedicated wide-angle lens. The wide-angle with a low aperture is capable of absorbing light more effectively. This means you can now click high-resolution pictures, even if the lighting isn’t in your favor.

Speaking of poor lighting, Apple has also modified the Night Mode which will now capture sharper images in low light conditions. The Pro models house an additional 77mm telephoto lens with 3x optical zoom. As a result, you’ll be able to click farther objects without damaging the pixels whatsoever.

Apart from this, Apple has introduced its exclusive “cinematic mode” in the iPhone 13 Pro models. With cinematic mode, you can lock the focus on a single object and the algorithm will automatically shift the focus, even when the subjects move. For content creators, this improved autofocus will be nothing short of a blessing. They’ll be able to shoot high-quality cinematic videos right on their iPhones. 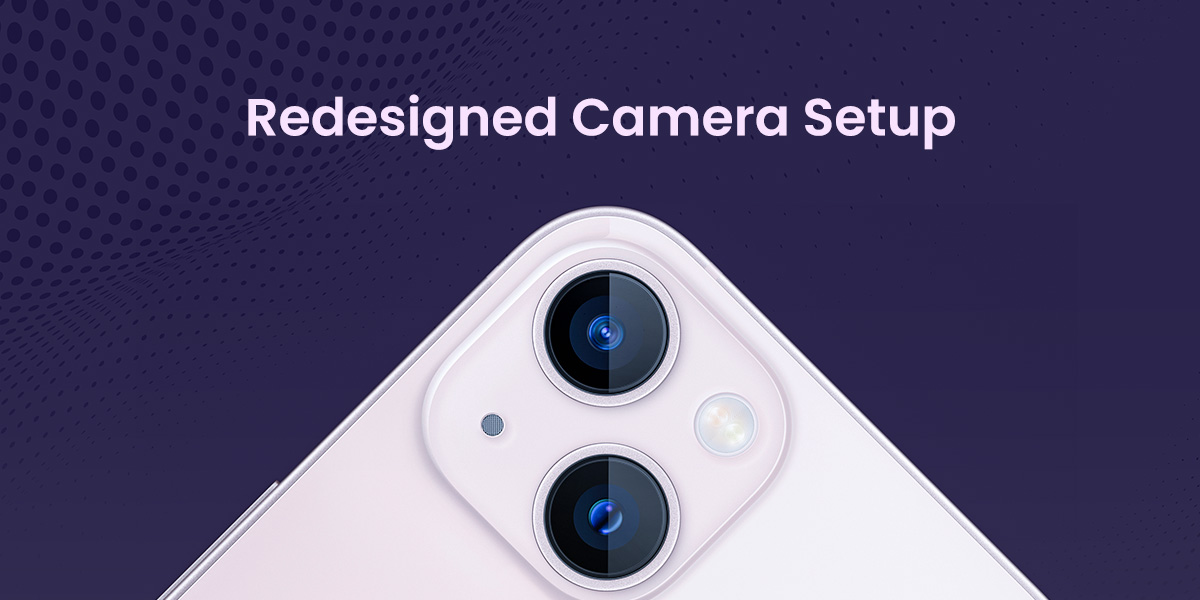 That’s right! iOS 15 is finally here and the iPhone 13 lineup will be the first member in Apple’s ecosystem to feature this brand new operating system. Keeping up with its reputation, Apple has introduced several exclusive features in iOS 15 that make it more user-centric.

For instance, FaceTime now supports spatial audio and a dedicated Portrait mode that makes the overall calling experience more natural. Apple has also improved Apple Maps as you can now get three-dimensional navigation through AR.

Moreover, Apple has focused on enhancing the security with iOS 15 as well. There are new privacy controls for apps like Siri, Wallet, and Maps that would allow users to protect their personal information against potential theft.

Battery performance is another area where the iPhone 13 is miles ahead of the previous generation. Even though the company hasn’t officially disclosed the battery size for each model, they have promised the battery life to be better than iPhone 12. 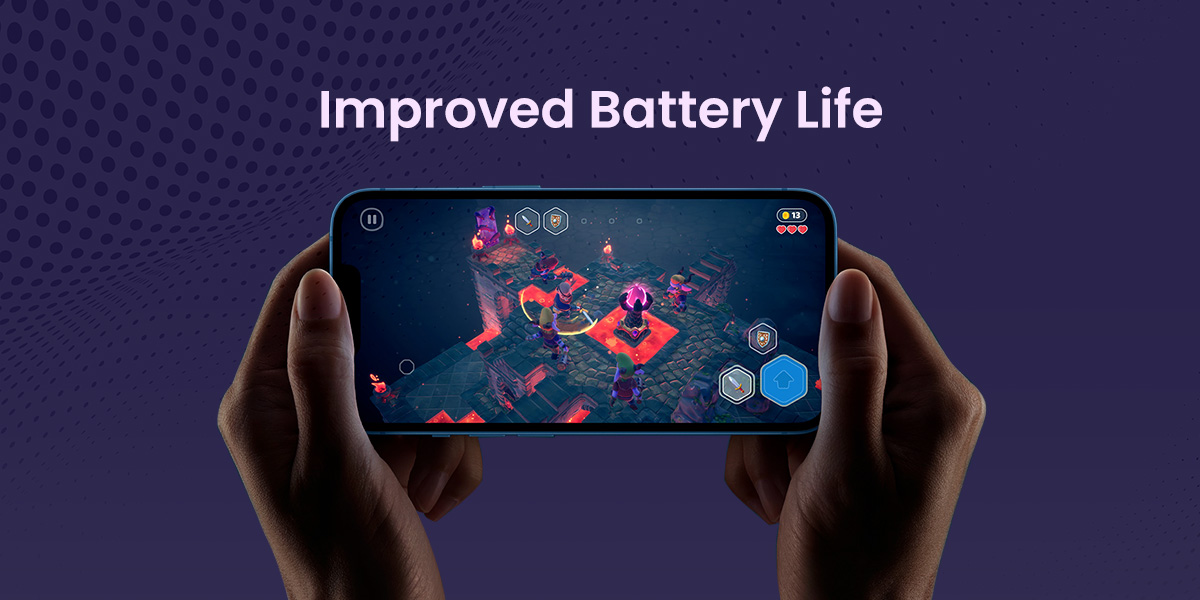 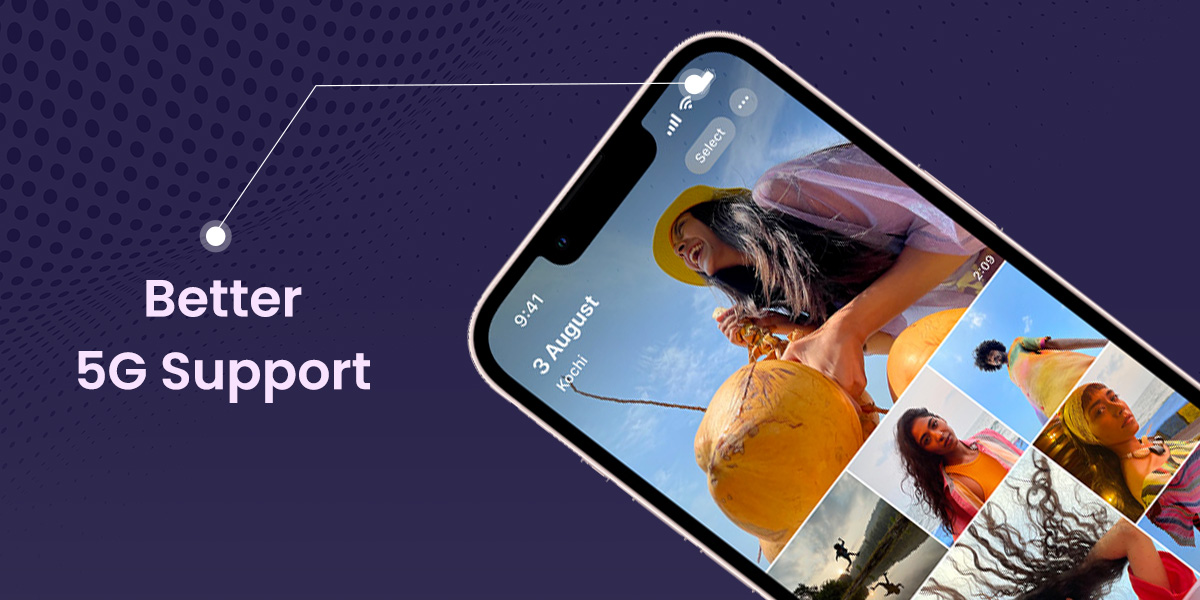 Should You Buy the New iPhone 13?

So, is it worth spending $700 on the new iPhone 13? Well, it depends! If you have recently bought the iPhone 12, it would not be a wise decision to spend an additional $700 for a few features.

Of course, the iPhone 13 lineup has better features than iPhone 12, but the similarities completely overshadow the new additions. So, if you already own iPhone 12, it would be better to use it for another year and wait for the iPhone 14 lineup. Many rumors believe that Apple will finally lose the front notch with iPhone 14, which will be a considerable upgrade.

But in case you are an Android user or own a previous generation of iPhone (older than iPhone 12), you can consider buying the brand-new iPhone 13. This will help you step into Apple’s ecosystem and get your hands on exclusive iOS 15 features. Not to mention, if you are an aspiring photographer, the improved camera setup on iPhone 13 can also help you kickstart your career by capturing beautiful shots.

How iPhone 13 Will Impact the Mobile App Development Market? 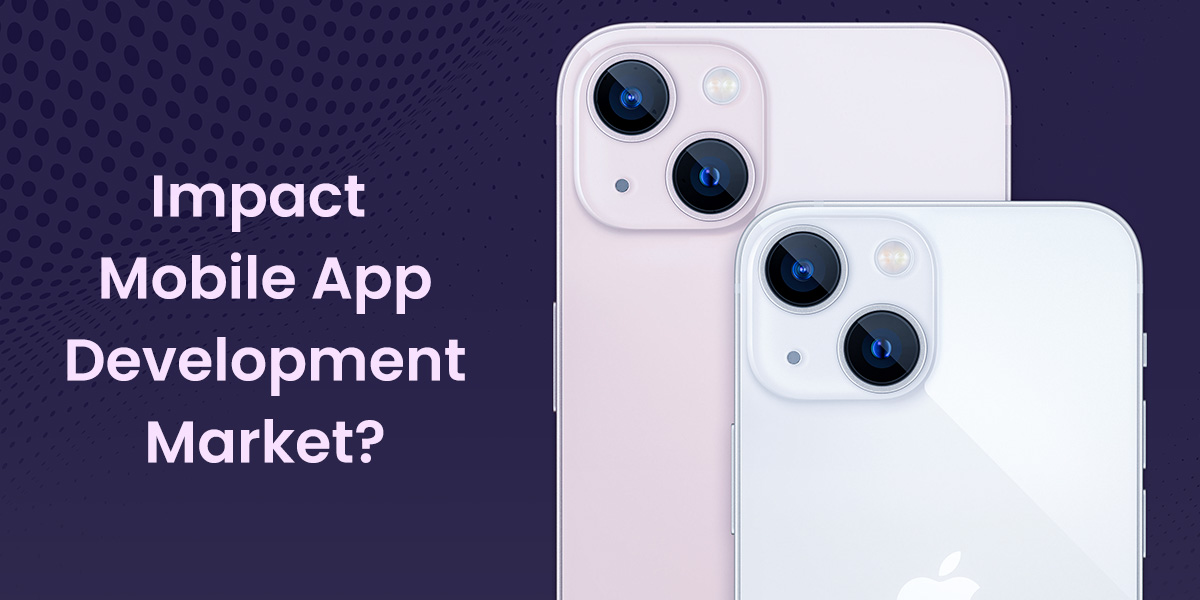 As an award-winning app development agency, we understand that app publishers are always eager to know the impact of recent technology or product launch on the app development market. As far as iPhone 13 and iOS 15 are concerned, iOS app development will witness huge leaps in the next few months.

Thanks to the superfast A15 bionic chips and AI compatibility, iOS app developers will now be able to create high-performance AI-based apps for iDevices. Apple has also added new features to the ARKit (official SDK to create AR-based iOS apps), which means we’ll most likely witness an influx of AR-supported apps and games in the coming years.

It’s no arguing the fact that Apple has been at the forefront of introducing new technologies to the world. From multi-camera setup to three-dimensional navigation on a map, Apple has always contributed to technological evolution. The same is the case with the new iPhone 13 lineup. Despite having dozens of similarities with the previous generation iPhone models, the iPhone 13 smartphones are equipped with features that make them suitable for many users. So, if you also want to upgrade from an older generation iPhone or your Android device, make sure to pre-order iPhone 13 and enjoy its exclusive features.

Do you want to launch your native iOS application? Get in touch with our developers at [email protected] and we’ll develop a custom development strategy to bring your idea to reality.