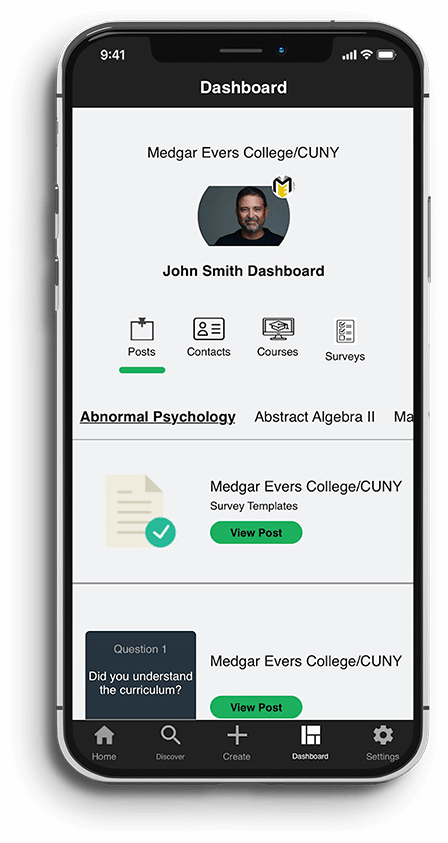 A Mobile-First Ed-Tech Platform For Students and Teachers

Due to the COVID pandemic, the popularity of remote learning platforms has significantly increased in the past one and a half years. In fact, remote education is getting so popular that the projected e-learning market is expected to surpass the 243 billion U.S. dollars benchmark by 2022. However, despite this incredible growth, there are still many loopholes in remote learning that make it less engaging for the students.

Kimberly Gray, the CEO and the mastermind behind UVII Education App knew this problem very well and wanted to overcome it by building an engaging remote learning platform for Android and iOS that would make it easier for instructors to keep the students engaged.

She approached RV Technologies with her idea and after a detailed conversation - decided to recruit our development team to bring her brainchild to reality.

Overview As per Gray, the basic approach to make mobile learning more engaging was to build a collaborative platform where students and instructors could interact with each other. To do this, she wanted to integrate ACM (Action Command Messaging), a patented technology, that would allow students to respond to instructor’s questions and vice versa.

Since this would eliminate the one-sided conversation architecture (that many e-learning platforms follow), UVII would enhance the overall learning process for students and they’d be able to learn new concepts more easily.

In addition to this, Gray had also decided to design the user interface in such a way that it replicates the “feed” section of social media apps like Facebook and Instagram. This way students won’t have to get used to a completely new (and complex) interface, which would encourage them to use the UVII education app more frequently. 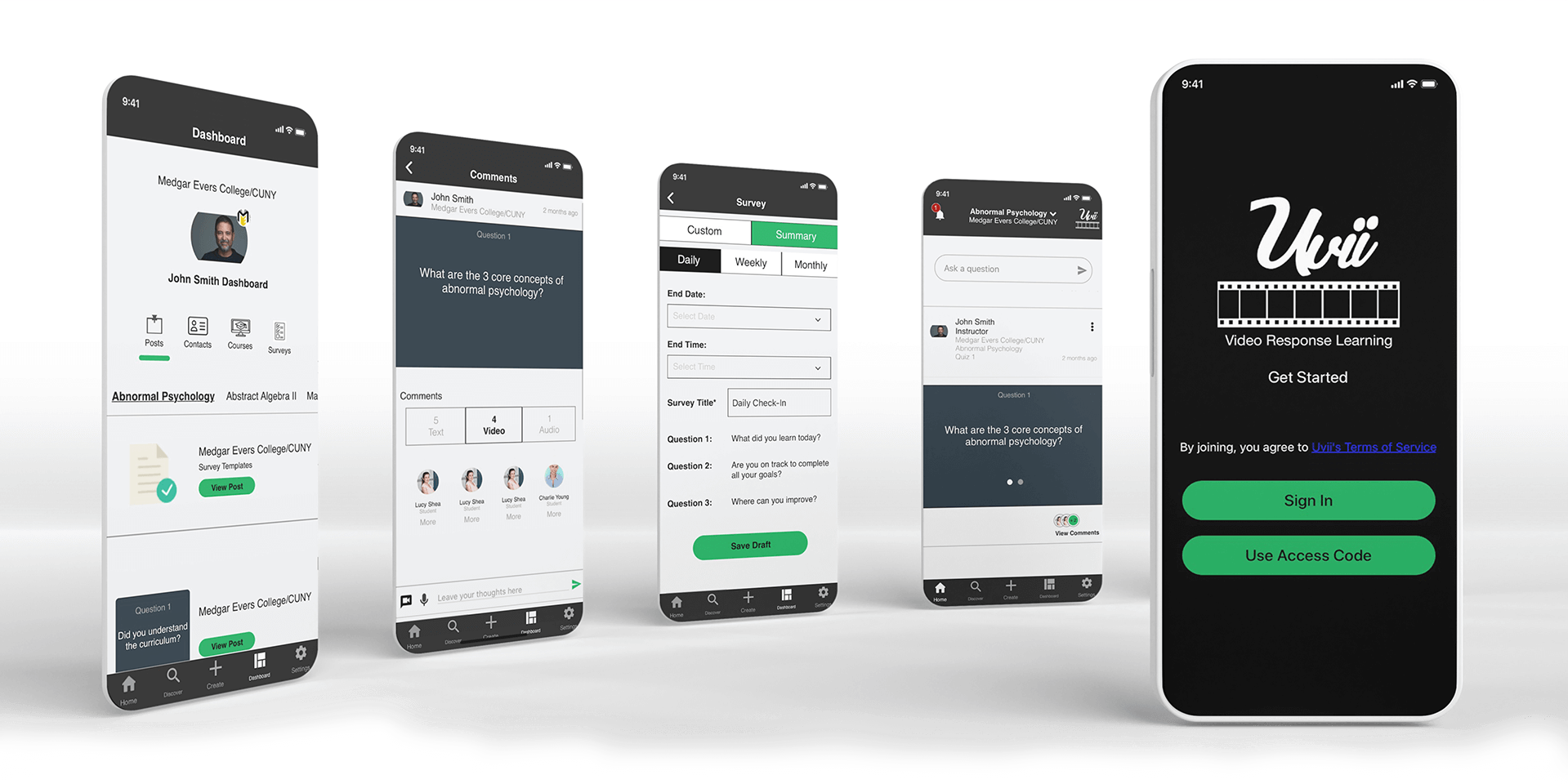 One of the biggest challenges with the UVII education app was to keep the user interface as simple as possible. Why? Because it was being designed for a wide range of students, starting from 1st grade to graduates studying in schools and colleges.

Due to this extensive audience pool, it was crucial to keep the user-friendliness of UVII top-notch so that learners, irrespective of their age, could easily access all the features and interact with their respective instructors more easily.

In addition to this, it was also crucial to offer separate features to instructors and students to ensure that only authorized users have access to the dedicated functions of the app. 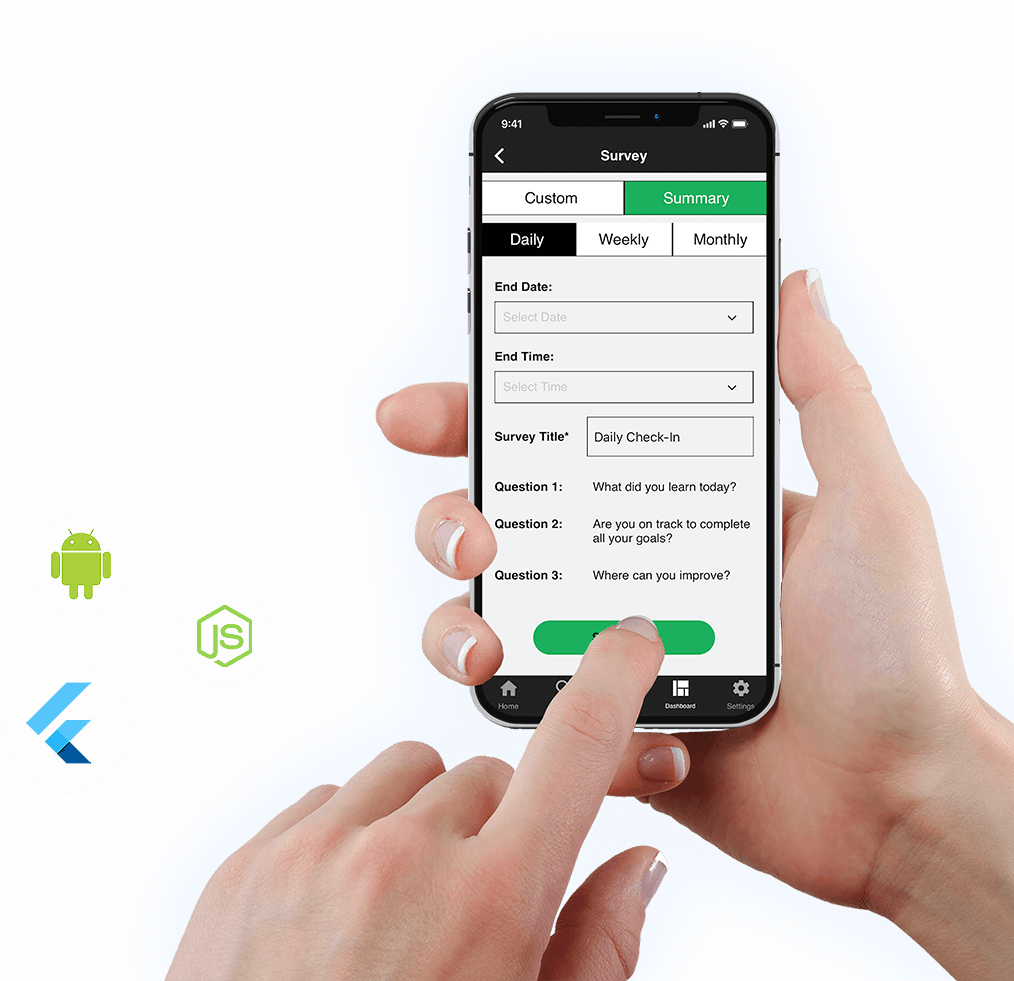 Since Kimberly Gray wanted to design UVII for both Android and iOS, we decided to use React Native as the development framework for the app. For the backend, we chose Node.js due to its ability to produce real-time dynamic content. With Node.js supporting the backend, end-users would be able to refresh their feed and receive up-to-date posts in no time.

Furthermore, we integrated multiple features to provide the desired functionality to UVII. These features include:

Access Code is an exclusive feature of UVII that separates it from other mobile learning apps in the market. Basically, instructors and admins could generate dedicated access codes through their portals and invite students to join the desired courses. Instructors could send invitations via email.

As soon as the student clicks the access code, he/she'll automatically gain access to the specific course.

Each course in the institution can be assigned with a different access code so that the “feed” on the students’ portal doesn’t get crowded with unnecessary posts. Once the students sign in using the access code, they’ll be able to see posts and questions (posted by respective instructors) on their feed.

The app basically mimics the user interface of social media platforms such as Instagram and Facebook. As soon as any student/instructor posts a question (or regular post), it would be displayed on the feed of all users who are connected via the same access code. With UVII, the instructors (or admins) could publish text posts, pictures, and video tutorials to engage the students. To improve the overall interaction, our developers also integrated a dedicated “Comment” section on each post.

This way students could comment on the instructor’s post in the form of text, audio, or videos. However, on their own feed, students could only post queries in text format. To add a new post, the student or instructor only has to tap the “+” button at the bottom of the home feed.

Having worked on different types of mobile apps, we knew the importance of push notifications and how they could make an application more interactive. Our development team utilized the “Push Notification Token” in React Native and configured it to automatically send notifications to the end devices as soon as someone published a new post on the app.

This would allow students and instructors to never skip any important updates. Alternatively, if any student accidentally missed any important notification, he/she could also access it via the “Notification Panel” that we placed at the top-right corner of the app.

Through this prompt, the student could leave a comment on the post or even respond to it through videos or audio files. We integrated React Native’s “Flash Message” module to build a custom ACM pop-up for UVII.

To allow instructors and students access the respective features, we integrated a fully functional dashboard into UVII. By clicking the “Dashboard” icon at the bottom of the screen, the users would get a detailed analysis of their accounts such as their posts, contacts, courses (they’ve signed up for), and Surveys.

The instructors could also add new courses to their profiles and create dedicated access codes to invite students. Since the dashboard needed to have too many elements, we created multiple tabs so that the end-users could easily navigate between all the features.

Another feature that makes UVII more interactive than other mobile learning apps is surveys and student feedback. Instructors could use their Dashboard to create surveys and receive real-time feedback from the students.

With our extensive development efforts, we managed to successfully build an innovative mobile learning platform to help students learn concepts in a more interactive environment.

As of now, UVII has already released its beta version where instructors could create a dedicated profile for their respective institutions. Moreover, thanks to the overall functionality of UVII, the brand has joined hands with some of the leading education-based technologies such as IMS Global and MagicEdTech. 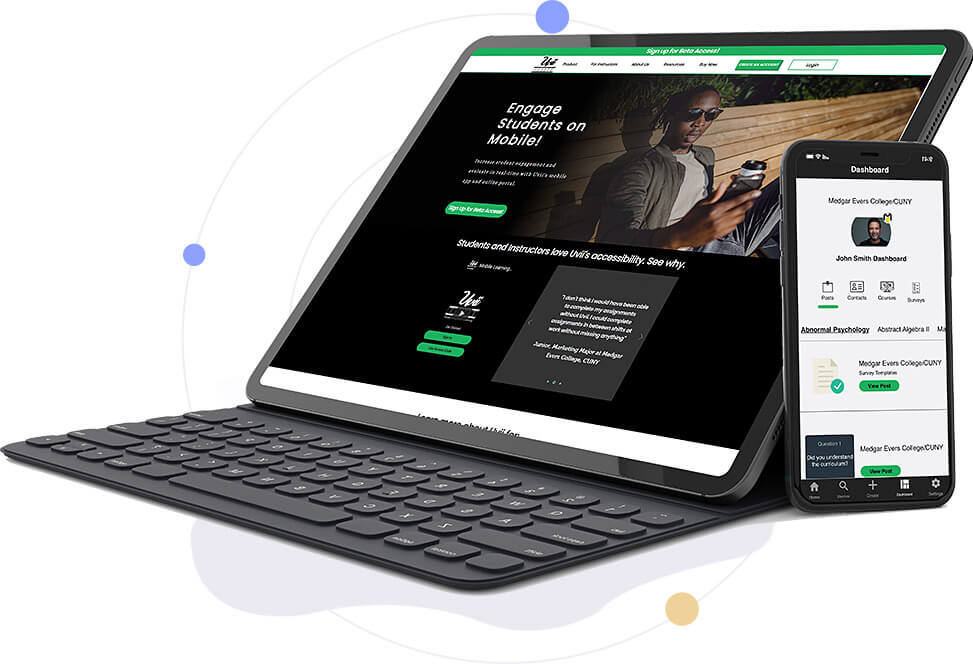