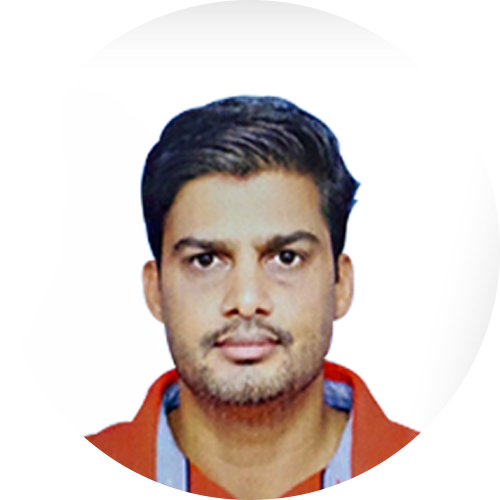 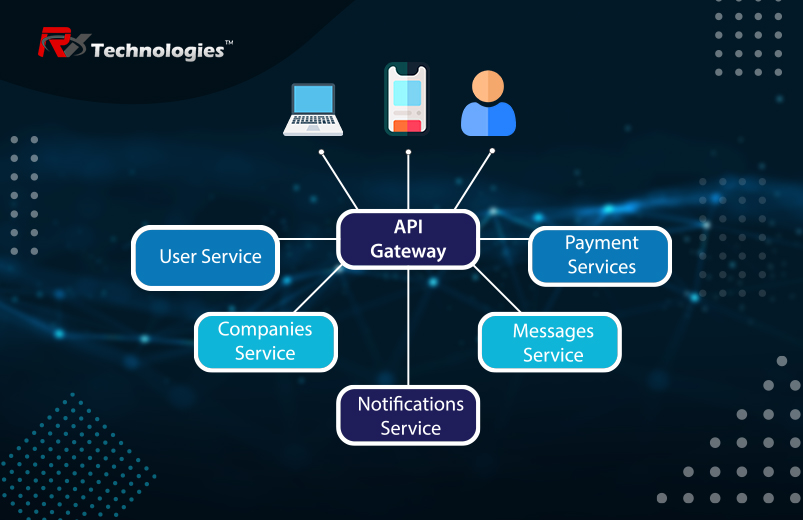 What is Microservices Architecture? 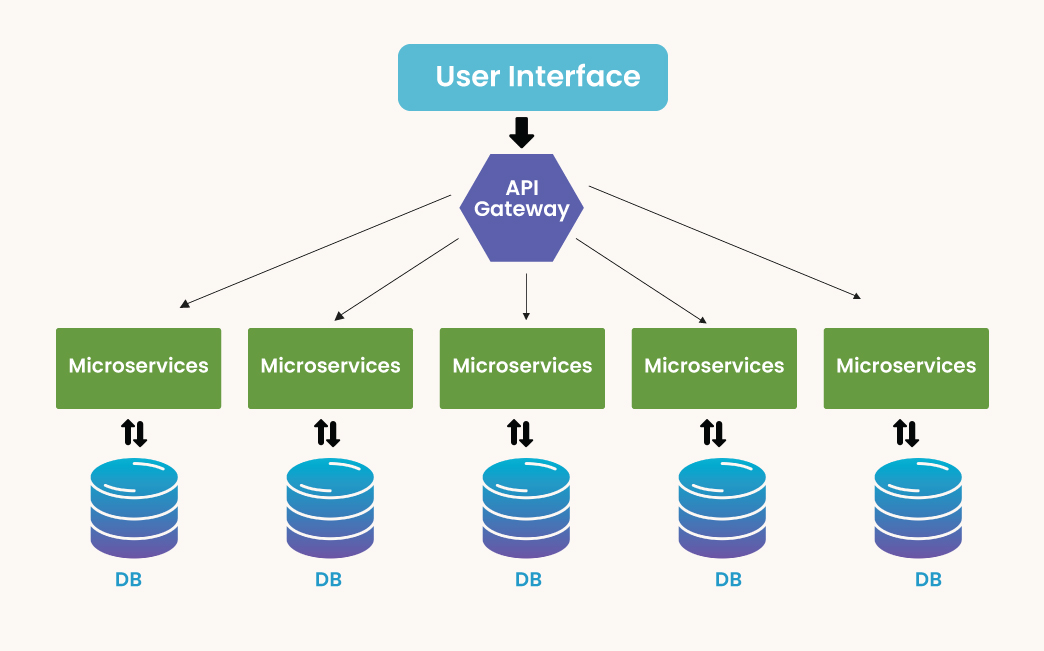 The Microservices architecture is a software development paradigm or methodology that allows you to create fragments of a single application into several smaller independent components. Each small component operates its processes and interacts with other components through lightweight mechanisms.

The Microservices architecture promotes software application development as a group of small independent programs. Each program commands a single feature and conveys it with other programs via APIs to solve a complicated business problem. For example, one small component takes care of authentication, another – blog posts, etc.

The microservices are easily deployed individually through an automated deployment mechanism. Microservices architectures have specific programming languages ​​built-in, use multiple data storage technologies, and require minimal management of these services.

Reasons to implement a microservices architecture

However, monolithic architecture can still be used when it comes to extensive application development, but it gives disadvantages in maintenance, accessibility between developer teams, productivity, and testing. But when it comes to the microservices architecture, it solves many above problems and gives scalability, easy maintenance, and development along different teams.

Thus, implementing microservices architecture or migration is the best option when a business or company needs complex applications to solve its problems. 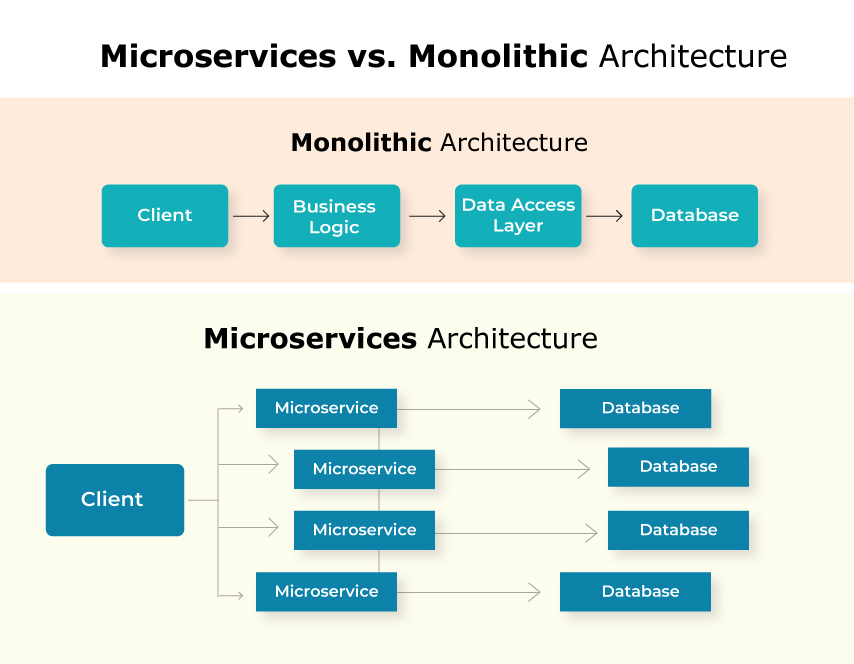 Some of the explanations why the businesses require to implement or migrate to microservices architecture are:

In any microservices architecture, an application is developed as a set of small independent components that are easy to maintain.

Here are some of the benefits listed below-

Criteria For Choosing A Technology For Microservices

The microservices architecture allows you to build a reliable application to expand the business requirements while benefiting from diversity in programming languages. However, you have the power to use different languages and technologies for various services, but it does not mean it is effective.

While microservices architecture comes with various benefits, it also costs lots of operational overhead. Thus, using multiple languages and technologies for different services exponentially increases performance overhead. It’s suggested that you standardize your microservices architecture by choosing the appropriate technology stack or programming languages based on the business requirements.

Here are the standards to evaluate the programming language for microservices development:

Microservices can be deployed using different tools, technology, and versions, and some of these are:

Let’s discuss these in detail.

A microservices architecture does not dictate the use of containers, but most developers find this approach helpful. Because containers take up less space, are faster to load, and are far better from an efficiency point of view than standard virtual machine (VM) environments. So you’ll need the right container technology.

Out of all container software known in the market, Docker & Kubernetes platforms have proven to be practical tools for the speedy creation of developer environments. These frameworks aim to organize multiple containers in enterprise environments and optimize deployment.

Docker is an open-source container management platform to develop, test, deploy and manage software as containerized or self-contained packages in loosely isolated environments. Docker containers are practically deployed anywhere as each is self-reliant regarding configurations and resources required to run the microservice.

Problems and intense operational complexities arise when microservices are scaled across multiple servers. Kubernetes is used as a complement to Docker to solve these complexities.

Kubernetes is a technology designed to automate the manual tasks involved in deploying and managing containerized applications that helps with scaling & scheduling. By pairing Docker and Kubernetes, we can create a flexible base for microservices infrastructure and a robust environment to increase or decrease infrastructure workload according to the requirements when scaling up or down.

Prometheus is a widespread open-source system monitoring and alerting tool developed at SoundCloud. With the help of the Prometheus tool, it is easy and feasible to implement a multidimensional data model with database servers and scrapers. Data is stored in key-value labels, and it’s pretty easy and fast to analyze the data based on labels.

Prometheus is based on a simple query language and helps in system monitoring tasks. It supports the graphical interface for efficiently visualizing information and statistics. Prometheus is widely utilized in developing minimalist applications and conforms the best in building up simple microservices.

Consul is a multi-cloud-based service networking platform that helps microservices to commute with each other. It has some outstanding features that distinguish it from others, such as:

The DNS interface and Consul template provide flexibility that allows it to be used with multiple technologies. In the context of microservices, this feature enables the possibility of integrating new technologies whenever needed in the longer term.

REST ( Representational State Transfer ) is a protocol that authorizes communication and interaction between microservices through HTTP. It builds RESTful APIs. It uses standard formats like JSON, XML, and HTML for responses and queries.

A more significant part of the microservices that are web applications picks REST. Upgradation to HTTP/2.0 is possible at any required time; therefore, there is no need to use protocols such as gRPC.

Now that you have a clear understanding of microservices architecture and the technologies that will facilitate the development of microservices. Let’s dig deeper and understand which programming language or framework is most suitable for your projects.

Remember, the microservices architecture approach means that you are free to use any language or framework suitable for a particular microservice or the entire architecture. There are different types of frameworks and languages that help you fulfill your requirement.

Python is a high-level programming language that supports integration with various technologies. Prototyping and development in Python are more accessible and faster as compared to other frameworks and languages. Python is compatible with legacy languages such as ASP and PHP.

Node JS was initially designed to make it easier to build microservices with different “nodes” working together, and the word “Node” gives you an idea about that. On the other hand, the term “JS” refers to JavaScript, meaning Node JS utilizing the V8 JavaScript execution engine. It’s a rapid platform for IO and bound tasks.

Node JS has become the go-to medium for enterprises and startups who wants to adopt a microservices architecture. Organizations rely on Node.js microservices for high performance, affordable cost, and increased productivity.

Node JS functionality has grown over time, and it now provides thousands of open-source libraries hosted on the npm website. This can save time and money, as sometimes required modules can be easily deployed with npm libraries.

ASP.Net and .Net framework provides excellent support for the cross-platform solution and makes web development easier via building APIs that become microservices. Its built-in Docker containers help in developing microservices. Microservices assembled with.Net can run on all the cloud stages. Further, .Net microservices can be blended with applications written in Node JS, Java, or different languages.

Java is an easy-to-read, stable, and popular programming language among developers who work with microservices because of its simple annotation syntax. Developing microservices using Java or its framework gives more benefits as it provides a user interface, model parts, and connectivity to back-end resources.

Java offers much value in readability when it comes to working with complex systems. The major Java frameworks that support building microservices architectures are DropWizard, Spring Boot, Spark, and Eclipse MicroProfile.

Golang, also known as “Go” was introduced by Google. Golang and its microservices framework are well-known for their API support and concurrency abilities. Its concurrency feature also improves the productivity of different devices. Additionally, one can quickly build microservices because its features encourage entire Golang development. Golang is suitable for vast and complex applications.

As with large corporations, many small and medium-sized business organizations are moving towards developing complex applications with the intention of migrating from monolithic systems to a single independent microservices architecture.

A good discussion about the requirements with the developer teams will help you to choose the right technology for your organization.