SaaS & Its Role in The Growth of Emerging Businesses 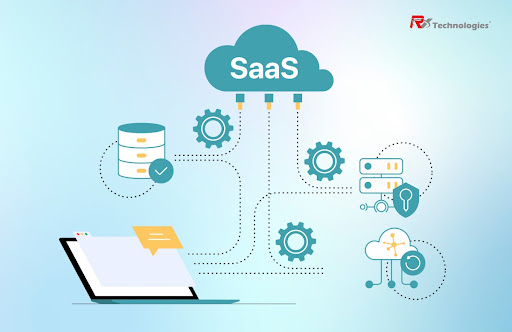 Software as a service (SaaS), relatively, is a new model for sales that has eventually replaced the old and contemporary software licenses. Let us dive deeper into it and get to know why SaaS software is so popular among the users as well as the software companies and how is the SaaS software actually created?

There used to be a time when purchasing a CD required going to the shop online or ordering a physical CD online. Over the past years, technology has taken major strides towards advancement.

These days, the software as a service and pricing model has been dominating the service industry for quite a long time now. In tech media these days, SaaS is a topic that is trending. Apart from being so popular, sometimes it is controversial as well.

Let us shed some light on SaaS web applications and platforms which would help you get to know the insights about building a SaaS project and whether the SaS infrastructure is good for your business or not?

A software that is licensed using the Software as a Service business model is known to be a SaaS application. It is an approach for the app development and software delivery and the maintenance of the software by the developers wherein they do not sell out their programs along with a lifetime license, or wait till the subsequent year for the release of feature updates. Many outsource app development companies in India can handle these aspects of Saas rather easily nowadays. 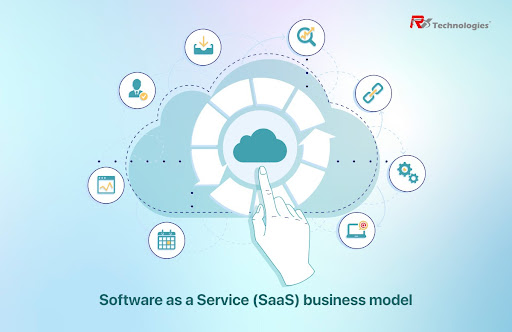 However, the companies market their software through a subscription via terming their software as a service. According to Statista, the SaaS market is estimated to be worth approximately 171.9 billion U.S. dollars. 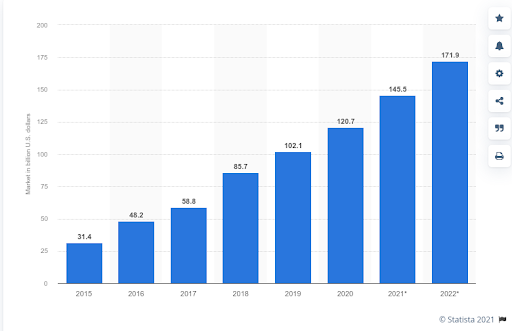 The hosting of these services usually takes place on the cloud, which means that there is no need to be physically installed on the computer that you have. The use of cloud computing gives SaaS solutions a handful of benefits:

Cloud-based web applications can be accessed from any required device anywhere in the world. Also, users always have access to the latest version of cloud-based software, as there’s no need to download updates from outsource app development companies .

Those organizations use an average of sixteen SaaS apps to run their commercial enterprise each day, and if you’ve used SaaS – whether personally or professionally – you may see that SaaS is appropriate for absolutely everyone. 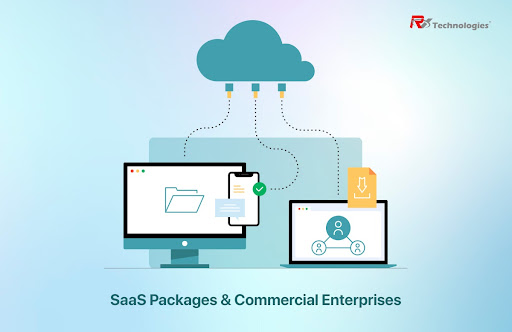 Do you use Dropbox to save your pics online?

That’s a wonderful example of SaaS.

Every other example could be for work. In case you’re a marketer and use an email advertising platform to ship emails to your customers, then you definitely maximum in all likelihood use a subscription-based totally version (SaaS).

For medium-length agencies in particular, SaaS is ordinarily a trouble-loose and price-powerful alternative that gives new opportunities, bendy expenses, as well as clean upkeep and deployment.

You don’t need to own a remarkably effective, in-residence server or to appoint an IT genius on the way to shop your commercial enterprise records in the Cloud. SaaS lets in more than one customer to get access to the large database at each time and anywhere there’s the net.

All you need is an internet browser and an internet-powered device and also you’re up and walking.

Since Saas is cloud-based, it has several advantages over on-premises applications. Here is a survey graph about the five year cloud growth of Saas according to bmc from the years 2018-2020. 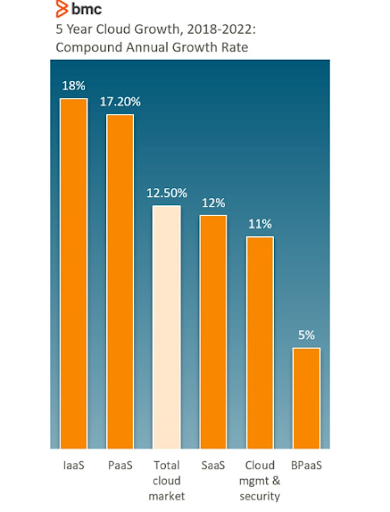 The difference between SaaS and on-premises software is best illustrated with an example. Upon considering a popular product that has made the transition from the traditional software delivery model to the SaaS model recently — Adobe Photoshop.

If you employ or work with visual creators, you’ve probably seen Photoshop in action. Some time ago, Adobe Photoshop, along with several other programs, was sold to consumers for a price that was paid only once. Once the consumer paid, they were given a key to access a certain version of Photoshop indefinitely.

But if you attempt to buy the latest version of Photoshop on Adobe’s website, you’ll quickly realize that’s no longer how Adobe offers its industry-leading product to consumers.

You must sign up for a monthly subscription to Adobe Creative Cloud rather than paying a high up-front cost for a one-time product license. Moreover, testing a product before paying lots of money for it is a significant benefit.

Though there has been pushback against the subscription trend, the SaaS model has caught on because it offers benefits for both developers and users.

The distinction among SaaS and on-premises software programs is first-class illustrated with an example. Let’s don’t forget a famous product that recently made the transition from the conventional software program shipping version to the SaaS version — Adobe Photoshop.

If you rent or paint with visible creators, you’ve probably seen Photoshop in action. Years ago, Adobe Photoshop, at the side of endless different programs, had been offered to customers for a one-time charge. Once the customer paid, they had been given a key to get the right of entry to a positive model of Photoshop indefinitely.

But in case you strive to shop for the modern model of Photoshop on Adobe’s website, you’ll quickly realize that’s not how Adobe gives its industry-main product to customers.

Instead of paying an excessive up-the-front fee for a one-time product license, you should sign on for a month-to-month subscription to Adobe Creative Cloud. This month-to-month rate is decrease than the acquisition charge of Photoshop withinside the antique version and offers to get right of entry to the maximum current model of a couple of Adobe merchandise in addition to the spontaneous updates. Moreover, checking out a product earlier than paying masses of cash for its miles is a huge benefit.

Though there was pushback in opposition to the subscription trend, the SaaS version has stuck on as it gives blessings for each builder and customer.

Users get normal, immediate updates and new functions while not having to buy new versions 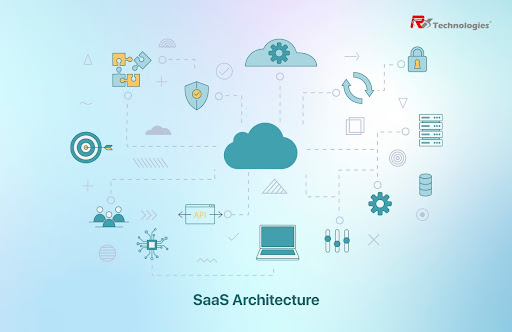 A trial length we could customers see whether or not the carrier suits their needs Through a website, clients can get seamless and immediate entry to a SaaS app with all of today’s improvements and functions. And they keep away from excessive start-up prices, whether or not the ones are direct bills to builders or hardware improvements had to run the software program locally.

At the identical time, carrier builders win with the SaaS version due to the fact they advantage a rather strong supply of sales withinside the shape of subscriptions. This permits them to plot and perform normal improvement efforts that hold their customers satisfied and subscribed. And due to the fact preliminary prices are decreasing for customers, cloud tasks also are much more likely to draw new clients.

But this app version isn’t perfect, and the blessings indexed above don’t always make it pleasant in shape for each form of an app. Specifically, a software program that’s used hardly ever or most effectively once — or that caters to a gap institution of purchasers or professionals — might also additionally lack enough base of customers who’re geared up to pay for it.

SaaS software improvement differs from the conventional technique to software program improvement in numerous ways. These variations can appear intimidating to non-professionals and people now no longer skilled with the idea of SaaS products. 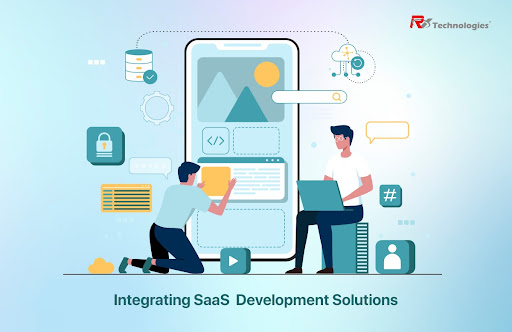 But cloud-primarily based totally and conventional app improvement really have lots greater similarities than variations.

A key distinction in developing cloud apps is the want to choose a cloud offerings provider. One of the crucial functions and advantages of cloud answers is that subscribers usually don’t have to download or set up software programs on their devices.

This is awesome information for users, who don’t have to pay an excessive up-the-front charge for the app itself and don’t have to sacrifice precious garage area and computing electricity to run the app and get the task done.

But the want for garage area and computational electricity doesn’t simply disappear. RV Technologies is a leading mobile app development company in India that strives hard when it comes to innovation and exceeding expectations of the customers.