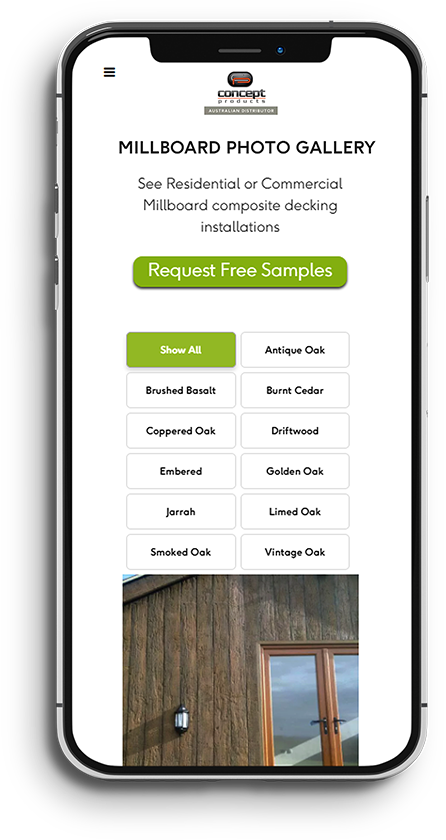 Concept Materials is an Australian Millboard dealer that provides Millboard composite decking across the country. For nearly three years (starting from 2015), the brand relied on Google Ads to reach its potential customers and drive sales. With a few regular ups and downs, their paid marketing campaigns were generating a decent ROI in the beginning.

However, in 2019, their campaigns stopped delivering the same results and witnessed a sudden downfall. Their in-house marketing team waited for a few months but didn’t witness any significant increase in the conversion rates. They soon realized that they would require professional assistance with their Google Ads Campaign, and that’s when the team started looking for PPC Experts.

One of the biggest factors that made Concept Materials’ campaign inefficient was the poorly designed landing page. Initially, the landing page looked something like this.

Even though the page had enough information to describe the product, it didn’t have any Call-to-Actions that would direct the users towards the next phase of the sales funnel. So, despite generating enough clicks, Concept Materials was failing to convert those leads. That’s why the conversion rate was fluctuating between 3-4% while the cost per conversion was getting higher.

In addition to the landing pages, the targeted keywords were also affecting the conversions. Instead of targeting niche-specific keywords, the company had built its campaign around generic keywords. Due to this, the ads weren’t reaching the potential buyers in Australia.

Optimize the Landing Page as well as the Keyword Profile

With Concept Materials, we had a pretty simple plan of action - add dedicated CTAs across the landing page, optimize the keyword profile, and manage the ad campaigns to track the improvements more conveniently.

Since Concept Materials had random search queries in its keyword profile, it was directly competing at a global level. So, it was crucial for our PPC experts to re-evaluate profile and include search queries that would bring customers who indeed want to buy Millboard Decking to Australia.

Instead of targeting a generic keyword such as “pool decking”, we focused on designing campaigns for geographical keywords like “Composite Decking Australia”. This simple strategy unlocked better lead generation opportunities and the ads started getting better exposure.

2. Optimizing the Landing Page to Strengthen the Sales Funnel

Once we had evaluated the right keywords, the next step was to optimize the landing pages. The idea was to add dedicated Call-to-Actions so that the leads could be directed through the entire sales funnel.

We also integrated a contact form with various text fields. This way customers could easily submit their queries/requirements and the company doesn’t lose valuable leads at the same time. 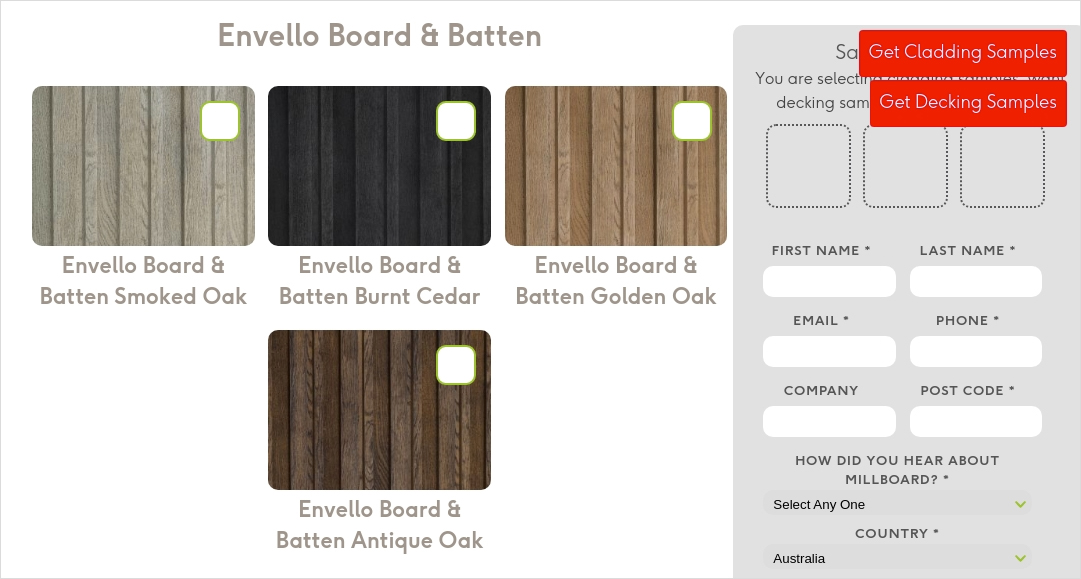 Once the campaign went live, we noticed that it was attracting irrelevant traffic from a broader audience. So, our team analyzed each ad group individually and further removed keywords that were bringing random traffic and consuming a large amount of the overall budget. This allowed us to assign the budget to the remaining highly potential keywords, resulting in better qualified leads.

54.8% Increase in Conversion Rate for the Most Potential Ad Copies.

With Concept Materials, we managed to develop a Google Ads campaign that would drive consistent conversions over a longer period. After the initial success, we continued optimizing the campaign so that it wouldn’t experience unexpected fluctuations in conversion rate.

Want to replicate the same results for your paid marketing campaigns?

Get in touch with our PPC Experts and let them devise a result-driven campaign for your brand.