Laravel Live, India, From the Beginning to the End, and What We Have Learned In There! 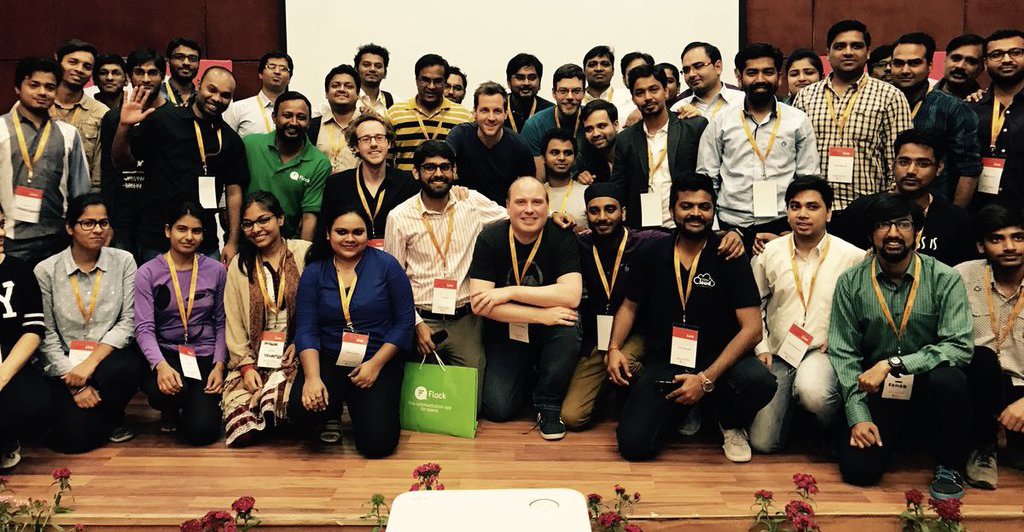 This 19th March had kept us busy exploring the new horizons of Laraval. Laravel Live conference held first time ever in India in New Delhi, has been an awesome learning opportunity for our team (Sunit Panwar, Pinki Panwar, Mehar singh, Rohit Kumar, Kshitiz Agrawal and Sunny Kumar). It was a full day event, sponsored by Flock, aimed to bring up some of the brightest minds in IT to talk and share their expertise on open source technologies, particularly, the Laravel.

The registration for the event began at 10:00 a.m in the morning, from where headed over to the hall where a huge crowd was waiting to hear from some of the renowned Laravel speakers. It didn’t take long however before we could see the first speaker appearing on the stage. He was Frederick Vanbrabant from Belgium (Twitter handle: @theedonian), a Software Engineer at madewithlove.

First Speaker and the Sound of Claps

The entire hall welcomed Mr. Frederick with a huge round of applause. The first session began at eleven and we were on the way to learning some of the nitty-gritties of Laraval and web development. The topics discussed include –

The Second Speaker and the Lunch Break

At 11:45 a.m, the second speaker Mr. Lalit Vijay (Twitter handle: @lalitvijay), the organizer of Laravel Live in India, appeared on stage with some of his knowledgeable insights about the technology, Laravel. He shared with us about the the deployment strategies, continuous deployment, continuous integration and testing and deployment automation.

Before we could hear anything more to it, the lunch time waited at the end of discussion. We enjoyed talking about what had been discussed so far. It was an exciting moment for us having lunch and enjoying the atmosphere around. What made it more exciting was the second phase of the conference which was about to start soon.

Soon the clock turned 1:30 p.m in the afternoon and the lunch hour finished. Mr. Hannes Van De Vreken (Twitter handle: @hannesvdvreken), a Software Engineer, open source user and contributor, blogger, and organizer of meetups in Belgium, appeared up on stage to carry forward the conference after lunch. He spoke about the IoC container and dependancy injection using interfaces.

The fourth speaker, Mr. Freek Van der Herten from Belgium (Twitter handle: @freekmurze), partner and developer at Spatie appeared on stage at 2:15 p.m. The hall was filled with echoes of claps once again. He talked about the Laravel packages developed by SPATIE, the importance of backup and thirdparty backup services and working of Laravelbackup package with other storage/backup drivers.

At 3:00 PM, Mr. Marcel Pociot Germany (Twitter handle: @marcelpociot), the creator of BotMan from Germany came on stage to offer a speech about bot chat description, supported driver for chat bot (botman) and the chatbot integration with Laravel application.

A QA Session And the Ending Stages

At 3:45 p.m, the tea time began and we had to move on for a little refreshment. A panel discussion and a QA session with the speakers was awaiting at the other end. After one hour of breathtaking session on QA, the conference ended at 5:00 p.m in the evening.

The goal of this conference was to foster learning, inspiration and provoke conversations about the open source technologies. We are glad to be a part of this event that really offered us some great hindsights about contributing to the open source community, especially, the Laravel, and we hope, in future, more developers will come up to serve the community with their hard endeavor.