How to Hire a Ruby-on-Rails (RoR) Development Company 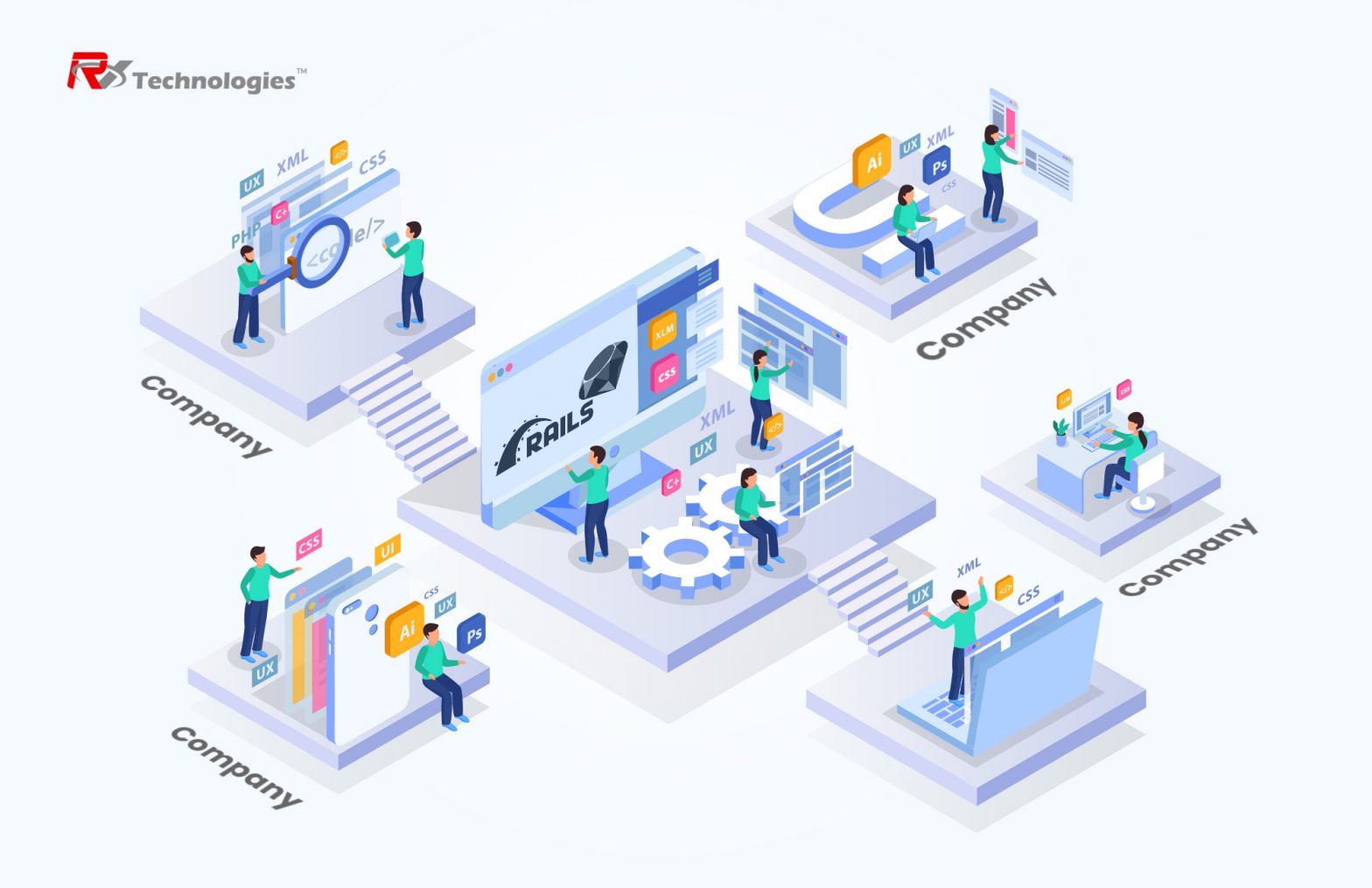 Even after 15 years of its inception, Ruby-on-Rails still offers the same ease-of-use and advanced functionalities that could help developers build robust web applications for their clients.

But, don’t just take our word for it because the statistics convey the same story. According to a report generated by Statista, nearly 7.04% of the global web developers use Ruby-on-Rails for their projects. In fact, Ruby on Rails is just two spots behind AngularJS, another popular web development framework built by Google, in the list. 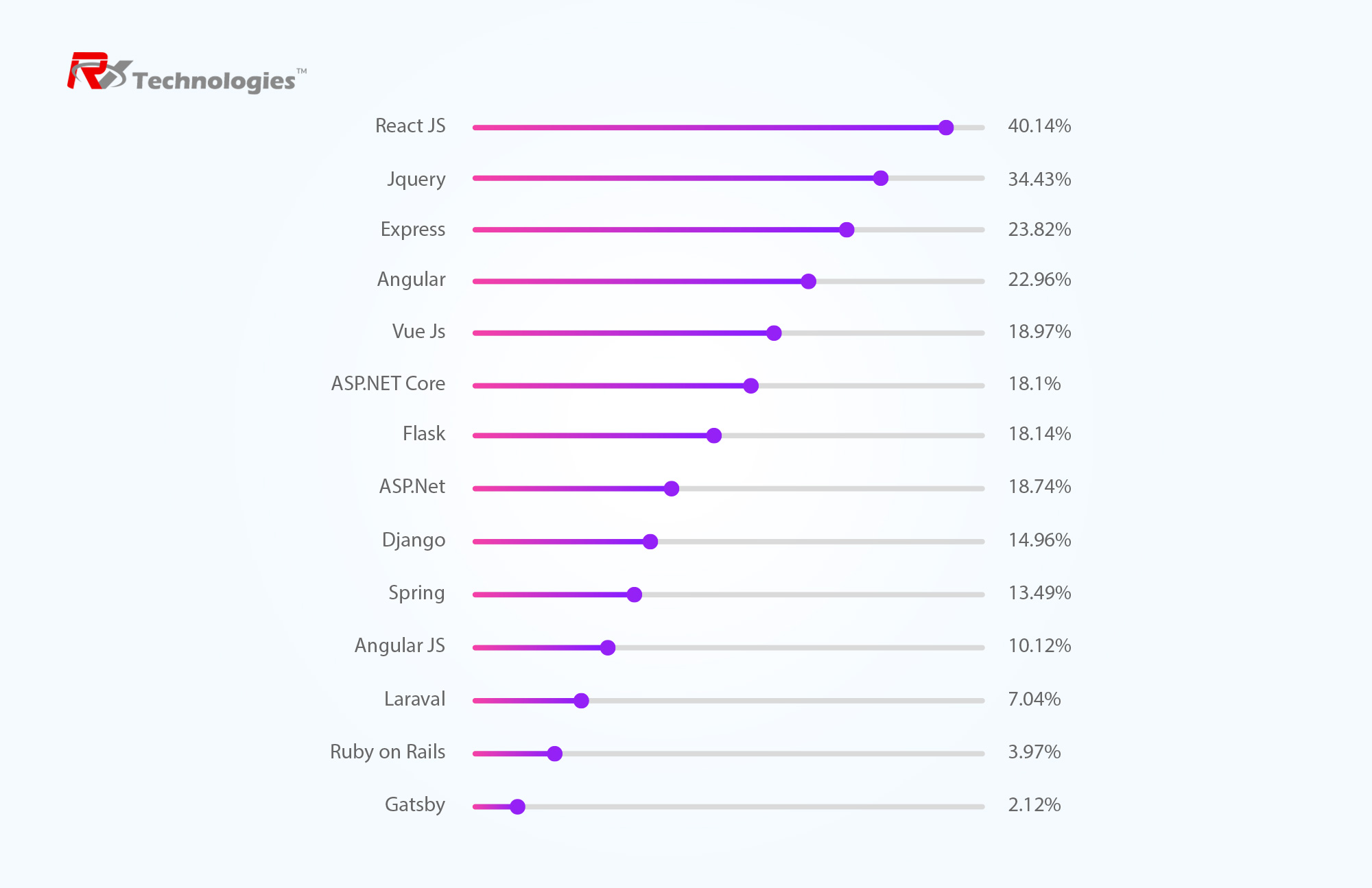 Now, if you are going to choose Ruby on Rails for your website or web app, it would be important to look for the right development partner for the job. Why? Because the development team you hire will decide the overall success of your project. But, since the market is filled with a plethora of Ruby on Rails developers, choosing the right team for your project can easily become a nerve-wracking task.

To make your job easier and help you find the best Ruby on Rails web development company in India, we have put together a comprehensive step-by-step guide that would help you compare different service providers and make the right decision accordingly.

So, without any further ado, let’s get started.

What is Ruby on Rails?

Ruby-on-Rails is a server-side web development framework that’s commonly used to build scalable web applications. While many business owners misunderstand RoR as a programming language, that’s not the case. 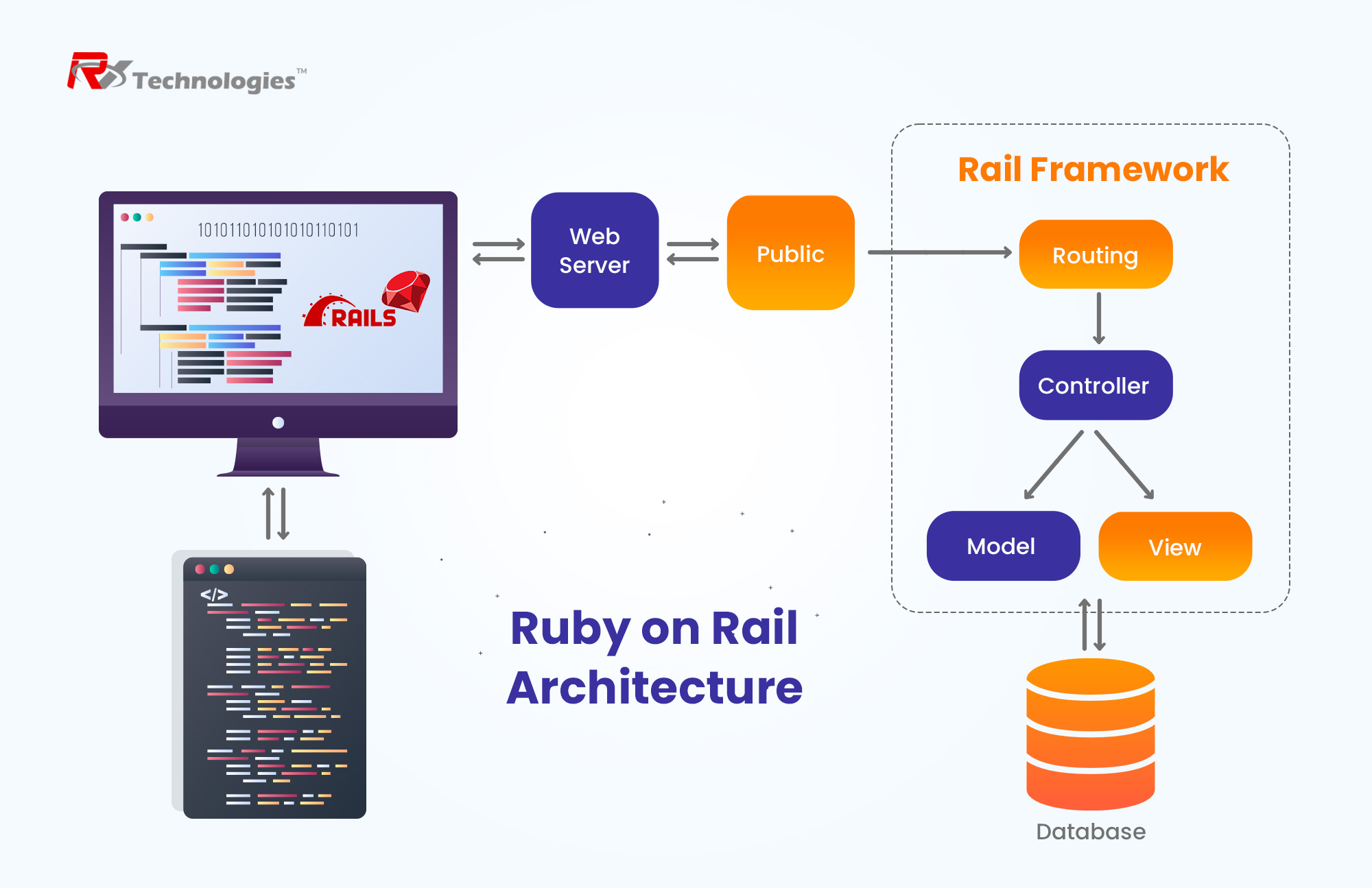 It’s a simple development framework that’s written in Ruby – a multipurpose programming language – that acts as the official language for Ruby on Rails as well. Though there are several other frameworks that support Ruby, they aren’t as popular as RoR itself.

Now, there are plenty of reasons why Ruby on Rails (or most commonly known as Rails) has garnered decent popularity among developers. For instance, the framework is entirely written in Ruby, which means it supports all its libraries and allows developers to build full-scale web applications for their clients.

As a web development company in India with 12+ years of experience, we have utilized Ruby on Rails to develop dynamic web applications using the technology.

What are the Benefits of Choosing RoR in 2021?

So, why should you choose a traditional web development framework like Rails in 2021, when there are other robust technologies like ReactJS? Well, the answer is pretty simple! With Ruby on Rails, developers have the power to build dynamic high-performance web applications in a relatively short period. Unlike other programming languages, Ruby has a fairly easy syntax that resembles the normal English language.

In fact, the syntax is so human-like that anyone can start writing code in Ruby, even with a little technical knowledge. Though, we don’t recommend executing DIY development as building a full-scale web app in RoR is still a tedious job.

Its ease of use and better time-to-market support is the reason why more than 1 million working websites on the Internet are structured using RoR. Moreover, the acquisition rate for Ruby on Rails is gradually increasing every year as more and more websites are joining the RoR community. 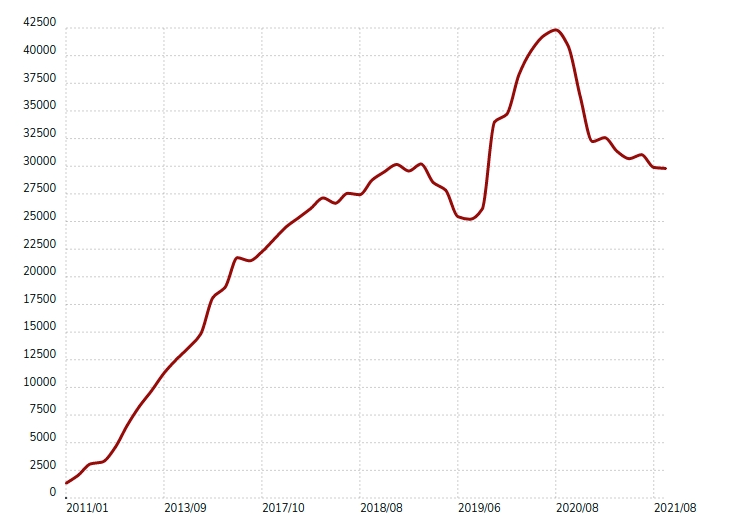 Here are some of the additional reasons for choosing Ruby on Rails for web development in 2021. 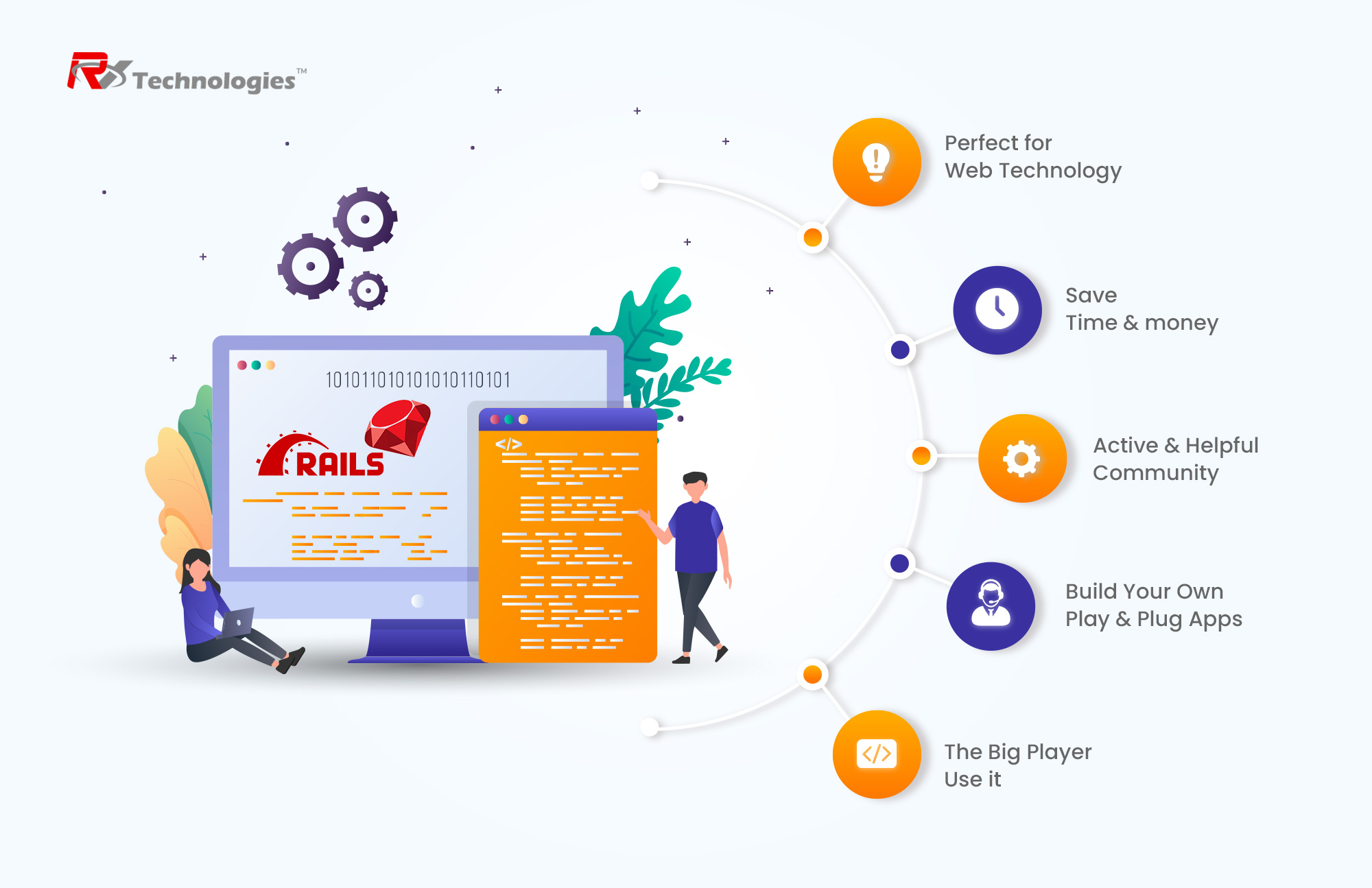 As explained in the above paragraph, RoR uses Ruby as its official programming language. Now, as compared to other multi-purpose languages, Ruby offers an easier learning curve and developers can understand its syntax more rapidly. Moreover, since the code resembles our regular English language, the scope of unexpected blunders is lower, which contributes to rapid development and hassle-free testing.

Cost-effectiveness is also a major reason why developers choose Ruby on Rails for web development. Of course, the overall cost to build a web application doesn’t only depend on the development technology you are using, but it’s safe to say that you can find reliable Ruby-on-Rails web developers in India at lower development rates.

Since Ruby on Rails is not as popular as its peers like NodeJS or ReactJS, the development charges for RoR development are always pocket-friendly. That’s why startups, scaleups, and small businesses with limited budgets usually prefer RoR over other web development technologies.

For readers who don’t know, Ruby on Rails was first introduced in 2004. For 17 years, the RoR community has grown immensely across the globe. There are several ready-to-implement solutions available on the Internet that you can directly integrate into your project and get the desired functionality.

This eliminates the need to write code from scratch and speeds up the entire development process. Moreover, developers can also contact experienced RoR experts and acquire valuable insights into RoR development practices.

At one point in time, Twitter was being powered by Ruby on Rails. But, then the company made a decision to switch to Scala. Within a few weeks, the Internet went bizarre and many people blamed RoR’s poor scalability for this switch. Unfortunately, that’s not the case in 2021. Since 2013, Ruby on Rails has evolved as one of the most prominent back-end development frameworks.

Today, scalability is no longer a concern as you can build highly scalable web applications using RoR. Basecamp and Airbnb are two of the biggest examples that provide RoR’s scalable nature. Both these platforms are rapidly growing and attract thousands of new users every day.

Despite this rapidly growing traffic influx, both Basecamp and Airbnb are capable of delivering advanced functionality without experiencing any lags. So, in terms of scalability, Ruby on Rails is a complete winner.

With digital transformation controlling the wheel for all enterprises, cybersecurity concerns are becoming more critical. Every day, we see multiple incidents related to hacking and several other crimes. Having served the industry as a professional web development company in India for more than a decade, we can claim that cybersecurity is the biggest challenge for every organization in 2021.

With Ruby on Rails, however, you can prevent unexpected cyberattacks on your website. The team at RoR headquarters has put extensive efforts into providing advanced security mechanisms. For instance, the framework comes with separate password and credit card encryption, which means developers can configure your website to deliver a secure browsing experience to the customers.

What kind of Web Applications are ideal for ROR Development

Now, even though RoR is a highly robust programming language and boasts a wide array of features, it’s not an ideal framework in every situation. Ruby on Rails is only a reliable solution as long as you want to build a simple or mid-scale web application.

But, if you are planning to launch a large-scale platform such as Twitter that might acquire billions of customers in the coming future, it would be better to choose another web development framework such as Phoenix or ReactJS.

Factors You Should Consider While Hiring a Ruby-on-Rails Development Team?

This one goes without saying. The development team you want to hire must have detailed knowledge about RoR development. They must be familiar with the standard RoR libraries and also know how to integrate different APIs to build functional web apps. If you are not a tech geek, you can take assistance from different articles/guides/videos on how to evaluate the expertise of an RoR development company.

In addition to this, developers who have been working in the industry for several years usually follow a time-tested approach. It means they’ll be able to build your web app more rapidly and reduce the time to market, regardless of the complexity of the project.

Due to the economical differences between these countries, the development rates in India (and other Asian countries) are on the affordable side. This way you’ll be able to get your web app developed while staying within the budget constraints.

The final step towards choosing a Ruby on Rails web development company in India is to go through the portfolio and client testimonials. A company’s portfolio is a clear reflection of its expertise. If a development firm has worked on similar RoR projects in the past, they are most likely to deliver a powerful website for your company as well.

Apart from the portfolio, client testimonials can be used as a deciding factor to understand the work ethics of the organization you want to hire. If the company has positive reviews from previous clients, it’s no secret that it follows a client-centric approach to deliver its services.

So, compare different service providers on the basis of their portfolio and client reviews and you’ll be able to hire a reliable RoR web development company without any hassle.

Due to too many service providers, hiring the best RoR web development company in India is usually a strenuous task. If you are not familiar with the right approach, you may get caught up in an endless spiral or end up hiring an unreliable development team. So, make sure to consider the above-mentioned tactics to make the developer-hunting job easier and find the most suitable RoR developers.