How to Develop a Multimedia Messaging App Like Snapchat

Before moving with today’s blog, let’s first go through a quick story. A story that covers the journey of three college students who turned their idea into a billion-dollar business. Looking back at their Stanford, we’re sure that Evan Spiegel, Bobby Murphy, and Reggie Brown would have never thought that their simple photo messaging app would turn out to be such a huge success. None of them would have ever thought they’d reject Facebook’s $4 Billion offer to buy the app. Fast forward four years, none of them would have thought that they’d turn a simple photo messaging app into a $20 Billion business venture. But, all of this is true. Snapchat has become one of the top messaging apps in the market. In fact, looking at the current statistics, Snapchat has more than 190 million daily users, a number that’s extremely remarkable. However, Snapchat’s success has led several other business owners to hire a mobile app development company India and develop a similar app. We get several requests from clients regarding the development process of an app like Snapchat and how much would it cost. So, in this blog post, we are going to share everything, starting from the cost to the features, you need to know about developing an app like Snapchat.

Before starting with the process, let’s first take a look at the core features of Snapchat. Snapchat basically started a simple messaging app where the message would be removed within 10 seconds after the user has seen it. With years, however, several new features have been added to the app with the sole purpose to make it addictive and feature-rich. Today Snapchat has become a complete multimedia app with advanced functionalities such as private & public messaging, video sharing, live video streaming, 3D-face filters, etc. According to a report generates there are almost 10 billion daily views on Snapchat. Here are some of the basic functionalities that Snapchat offers to its users.

At the core, Snapchat is still a message exchanging app with a couple of other functionalities. These functionalities allow the users to create multimedia messages, also known as snaps and share them with their friends. 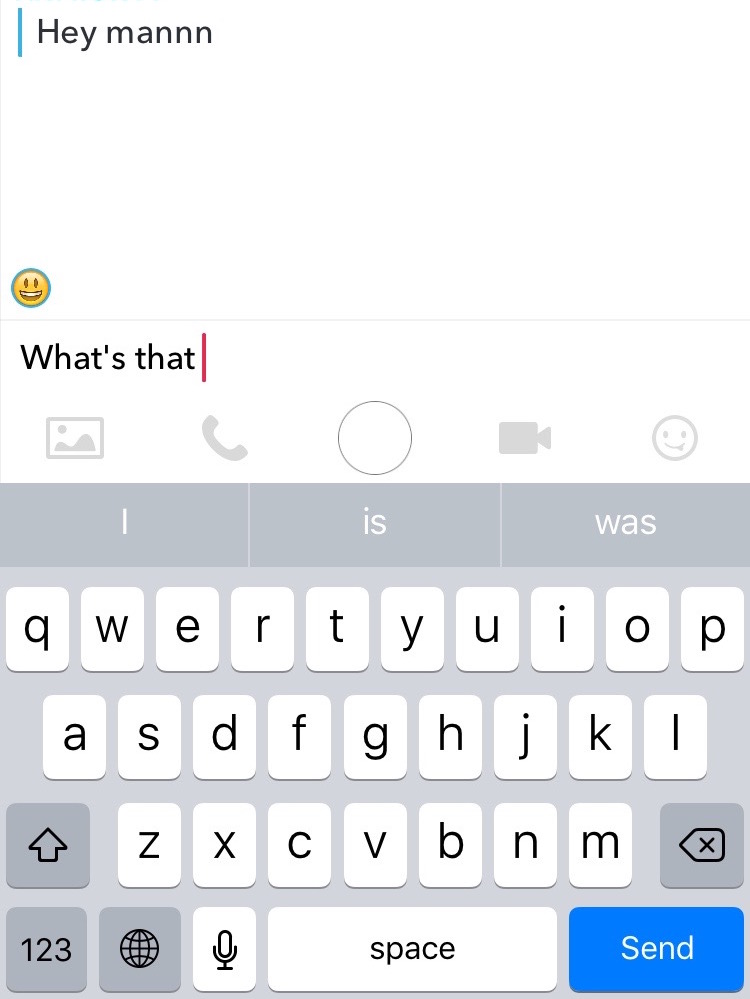 These snaps, however, can be further customized using filters, effects, captions, and drawings. This makes the basic process of sharing messages a fun activity. A snap can be either send as a private message to a particular individual or in the form of a semi-private story. In any case, however, you can choose whether the snap would be self-destructed automatically or after a few seconds. Self-destruction is one of the core features of Snapchat that separates it from other messaging apps in the market. Here’s how self-destruction works:

When the sender sends the snap, it is first uploaded to Snapchat’s server and then sent to the receiver’s phone.

If you are looking forward to developing an app like Snapchat or Snapchat clone app, it is important to have a unique feature like ‘self-destruction’. While you think about the unique feature, let’s discuss the next functionality Snapchat already has to offer.

Like any other messaging app in the market, Stickers are a vital part of Snapchat. Stickers allow the users to add a ‘personal touch’ to the typical text message and also express feeling in a much better way. 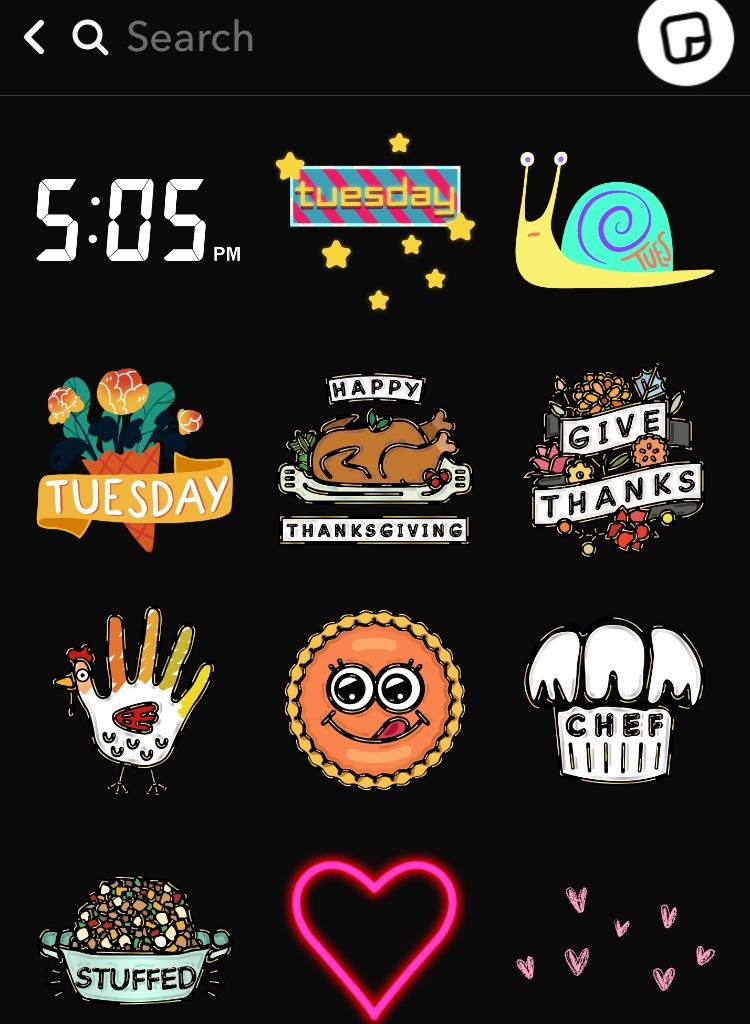 If you want to know how to make an app like Snapchat, the one thing that you must remember is to add stickers to the app. Snapchat already has 200 built-in stickers along with the feature of custom stickers. a Users, who are not a fan of built-in stickers can also design customized stickers and share them with their friends.

Location sharing is a feature that was first introduced by Whatsapp. Considering its popularity, other messaging apps also picked the idea and released their own version of location sharing. 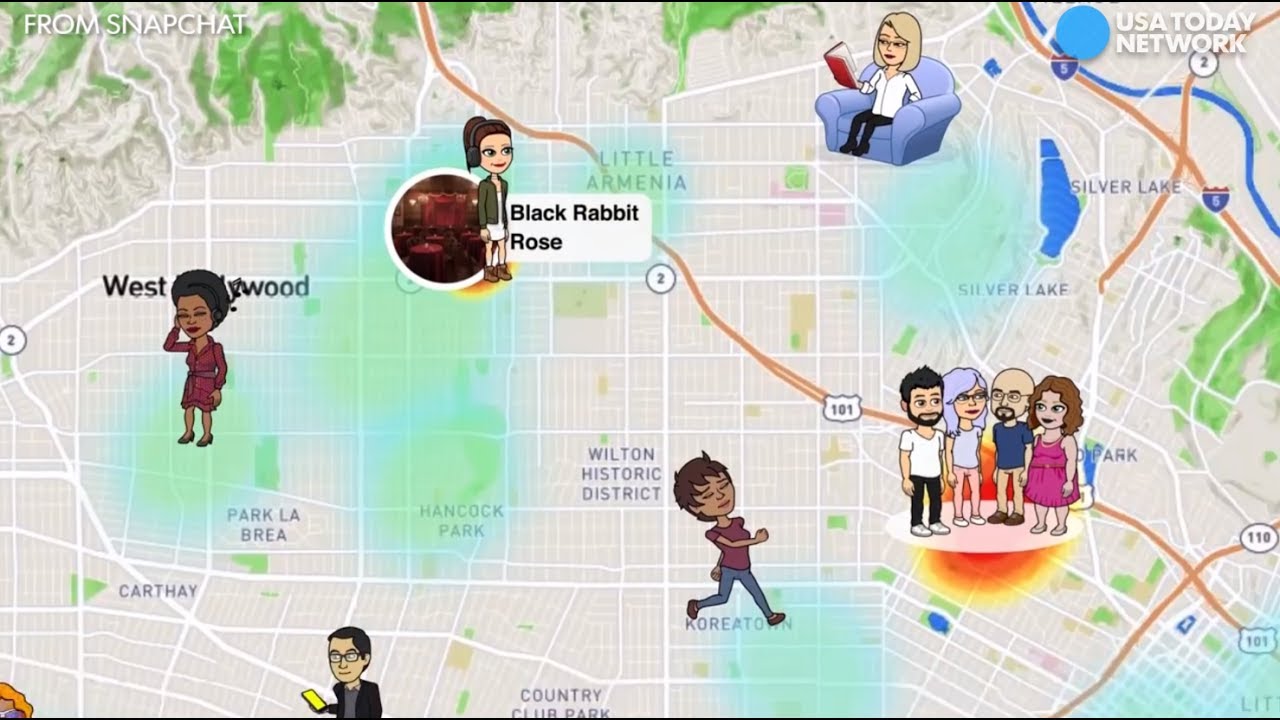 Snapchat, for instance, allows the users to share their current location with their friends or other users. Their current location appears on the Snapmap (a custom Map for Snapchat) which others can easily navigate to. Users can also change privacy settings to choose who can see their location update.

Like stickers, audio and video calling has become a crucial part of every multimedia messaging app. This feature turns any regular messaging app into a phone alternative. In the updated version of Snapchat, users can make video/audio calls within a single tap on the screen. In case, the receiver is offline, you still can send him audio/video messages.

Lens is also among the top features of Snapchat. In fact, the majority of business owners who want to make an app like Snapchat, need to understand the concept of lenses and 3D Filters. 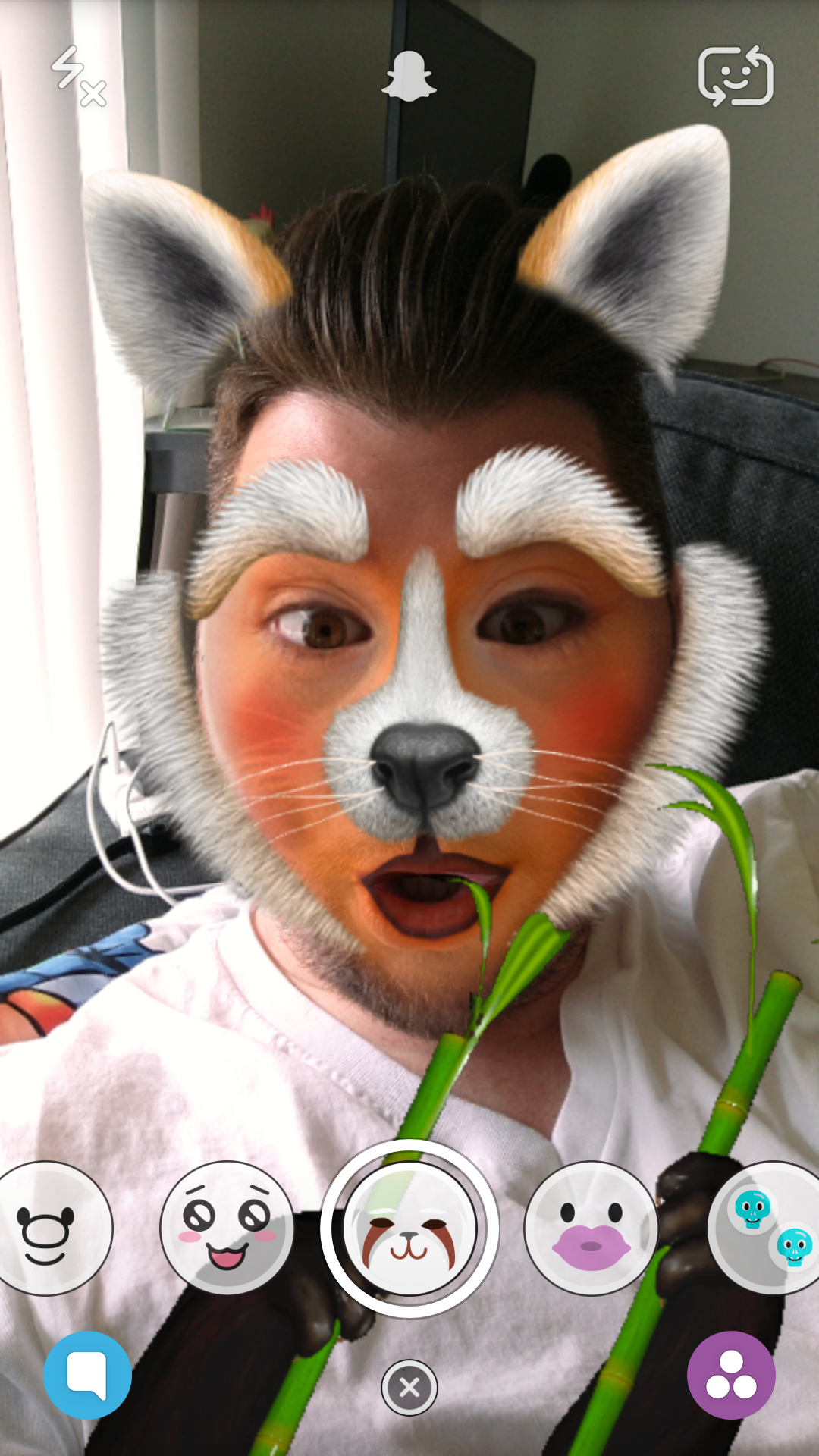 The Snapchat lens uses a 3D Face detection technology to add and alter the real-time videos/images of their faces. They can apply different filters on the video/image to make it more expressing and fun. The face detection technology is powered by a machine learning algorithm. The app first creates an average face and precisely aligns it with the image provided. In case, there are any errors, the algorithm then corrects the alignment to ensure the filter perfectly matches the user’s face.

‘Stories’ is one of the recent features of Snapchat that was recently released, but became a trend quickly. Like Instagram, stories allow the user to share a snippet from their daily life. Unlike regular posts, these stories are automatically removed after 24 hours. What sets Snapchat apart from other multimedia messaging apps is ‘Live Stories’. It is a feature that allows users, who are at the same event, musical event, for instance, can share snaps to the same stories. These were a few of the features of Snapchat. If you want to make an app like Snapchat, it is important to integrate these features along with some additional functionalities that’ll set your app apart from Snapchat.

At the end of the day, the main objective of making an app like Snapchat is to make money. So, it is also important to understand how Snapchat makes money. There are different types of revenue-generating models and Snapchat uses a few of them.

Snapchat shows a 10-seconds long ad video before playing the actual snap. In case the user likes the add, he can swipe up to access more content and take further actions such as download app or watch the complete video.

This is a unique monetization model used by Snapchat. In this scenario, businesses can advertise their brand by designing customized filters. These filters, however, are location specific and only appear at particular locations.

How Much Does it Cost to Develop an App Like Snapchat

As far as the cost of an app like Snapchat is concerned, different factors are likely to influence the app development cost. For instance, the feature you want to integrate and the platform for which you want to develop the app. Moreover, the cost also depends on the team of developers that you hire. Obviously, hiring freelancers would cost comparatively less than a professional app development company. However, the services of a development agency are much more reliable than freelancers. This is why it is always a good strategy to hire a team of professionals as they provide expertise and reliable services at the same time. In general, developing an app like Snapchat can cost anywhere between $5,000-$30,000, consider you hire an offshore app development company.

Developing an app like Snapchat is a critical process. Several features need to be integrated and if anything goes wrong, the entire functionality of the app will be doomed. Since you’ll be spending a lot of time and money, it is a good option to hire a team of professional app developers.[/fusion_text][/fusion_builder_column][/fusion_builder_row][/fusion_builder_container]