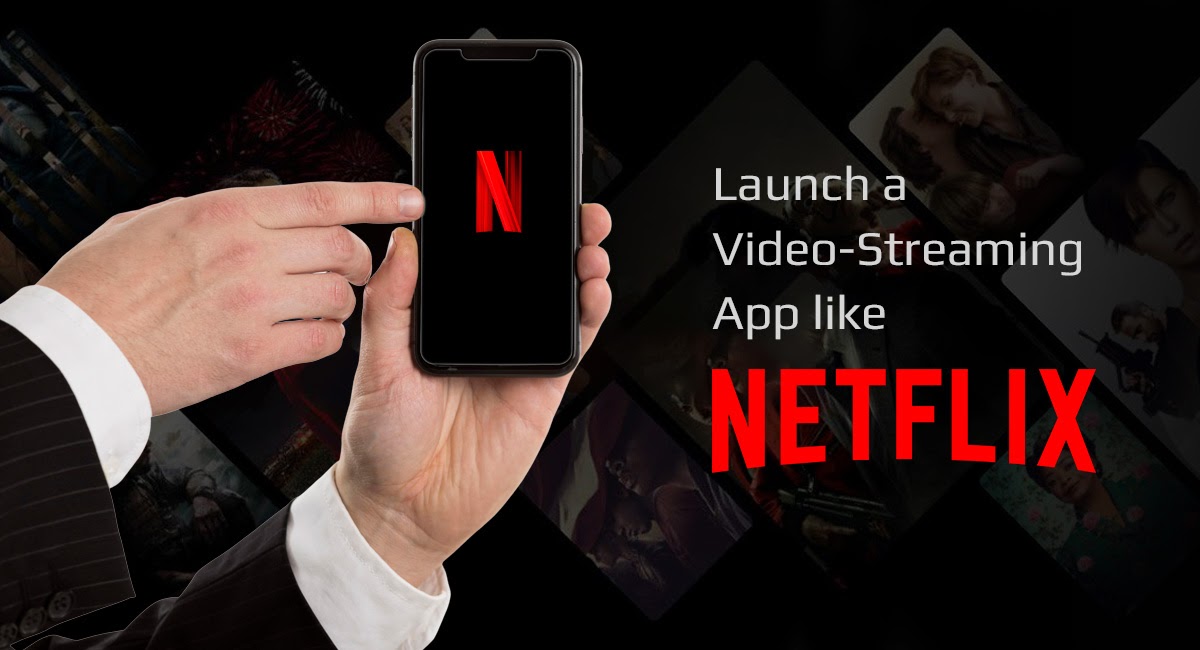 While 2020 was a nightmare for the whole world, the global lockdown became a goldmine for the video-streaming industry. Platforms like Netflix and Amazon Prime Video witnessed a sudden surge in their monthly traffic.

Since people were forced to stay inside, they had no other option but to turn to their TV/mobile screens and binge-watch all the shows/movies they had skipped earlier. This is the reason why Netflix acquired 26 million new subscribers within the first half of 2020 – a 2 million increase when compared to the subscriber count of the previous year.

However, the worldwide lockdown didn’t only benefit mainstream media giants like Netflix. Even veteran media outlets understood the growing popularity of video streaming services and launched their own OTT platforms. One such example is Paramount+, a multi-linguistic video streaming platform, launched by ViacomCBS Streaming in March 2021.

With the growing popularity of media streaming platforms, it’s safe to say that they’ll become a ‘norm’ in the coming years and most probably overtake the traditional TV industry. So, if you also own a media outlet, this is the right time to hire a mobile app development company and launch your own video streaming platform in the market.

In this article, we’ve put together a detailed guide to build and launch an exclusive video streaming platform for your media outlet.

Features of a Video Streaming Platform 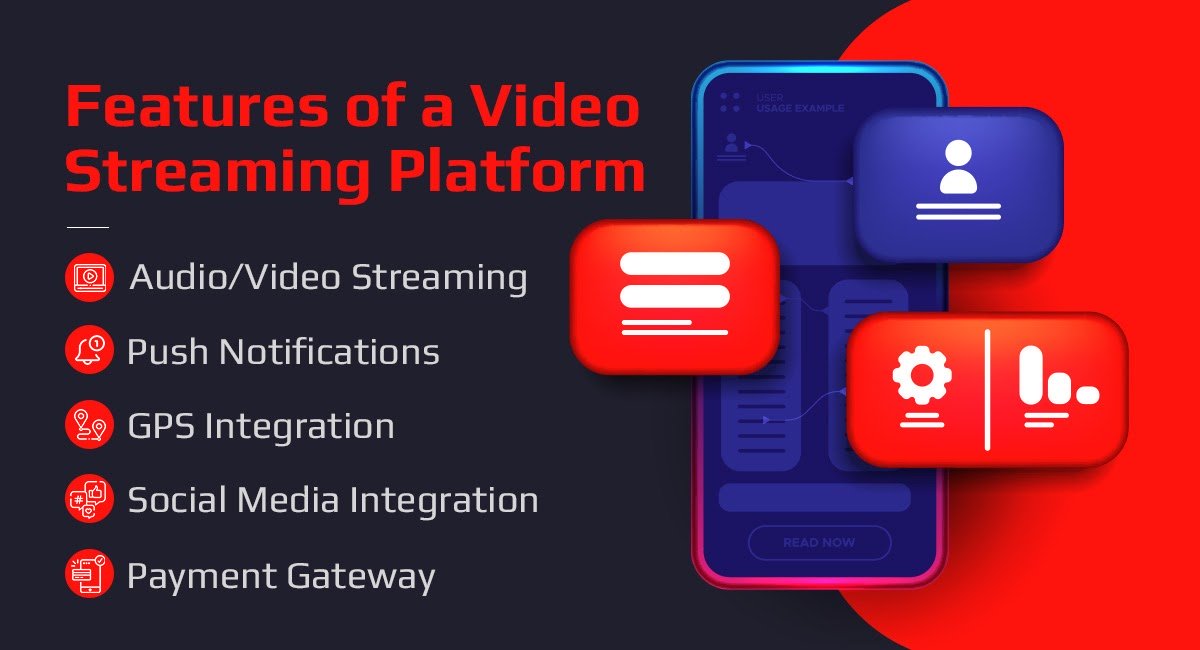 Audio/video streaming is a prerequisite for a video streaming platform. Your app must stream content without any audio/video lags. It must allow the user to stream the video across different screen sizes.

Push notifications are one of the most crucial features for a mobile app in 2021. Users have dozens of apps on their smartphones, and they only remember a few of them. In this competitive scenario, push notifications will allow you to send frequent reminders to the users. You can also use Push notifications to notify the users regarding new releases, special offers, and upcoming content. As a result, the app engagement rate will increase, and you will witness a quick spike in the overall business revenue.

Though GPS integration is an optional feature for video streaming platforms, it becomes relatively crucial if you want to launch your app on other sides of the pond as well. Each country has its own guidelines for media broadcasting.

It means you cannot stream a movie/TV show if it doesn’t comply with the respective guidelines. This is when GPS integration comes to the rescue. Developers can design algorithms that automatically filter the content and display relevant results based on the users’ current location.

While developing a video streaming platform, you must integrate different social media APIs to support quick logins. This will help the users instantly set up their accounts using their social media credentials.

Social media integration will also act as a marketing tool for your streaming platform. You can integrate dedicated social media buttons to your app, allowing users to promote the app across multiple social media platforms.

Whether you execute DIY development or outsource app development to a professional agency, integrating a secure payment gateway will be a necessity. Almost every video-streaming platform follows a ‘subscription-based revenue model, i.e., users pay for a monthly subscription and get access to the content in return.

But, to protect user’s banking details against potential hackers, you have to integrate a reliable payment gateway that supports multiple payment methods and offers a secure environment to the customers.

So, here is the step-by-step guide to build and launch a video streaming platform like Netflix and Amazon Prime Video.

1. Start With a Market Research

Here’s the thing; the mobile app market already has dozens of video streaming apps. Media giants like Netflix, Disney+, and Prime Video are already ruling the industry with an extensive subscriber base.

Due to the fierce competition, launching a new streaming app will be nothing short of a competitive duel in a top-rated combat sport. But, the good news is that you can avoid this situation with extensive market research. 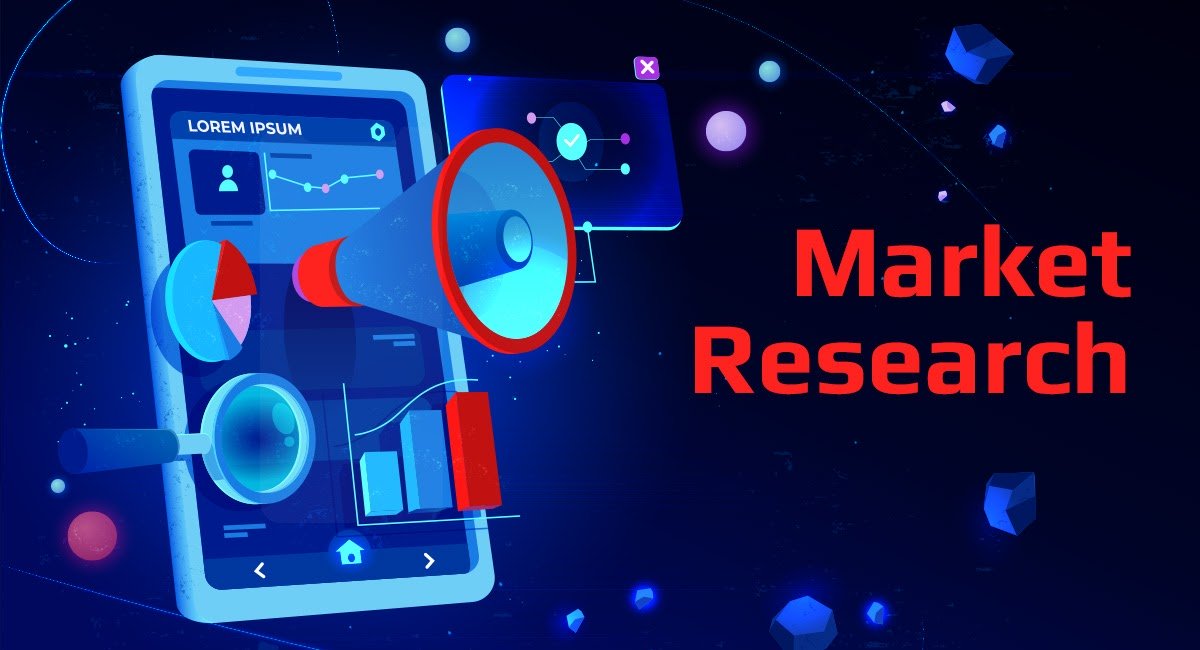 The general thumb rule says that you must evaluate your brand USPs before hiring an app development company. It will help you integrate features that make your brand distinctive in the market.

While performing the marketing research, you can either hire a dedicated marketing team or outsource the task to independent consultants. Either way, detailed market research should be the first step towards developing a video streaming platform.

2. Choose Between Native or Hybrid Development

Like any other mobile app, you must choose the right platform for your video streaming app. In general, you can use ‘target audience’ as one of the parameters to pick the right platform. For instance, if a large portion of your customers is a part of Apple’s ecosystem, developing an iOS app will be the right choice. 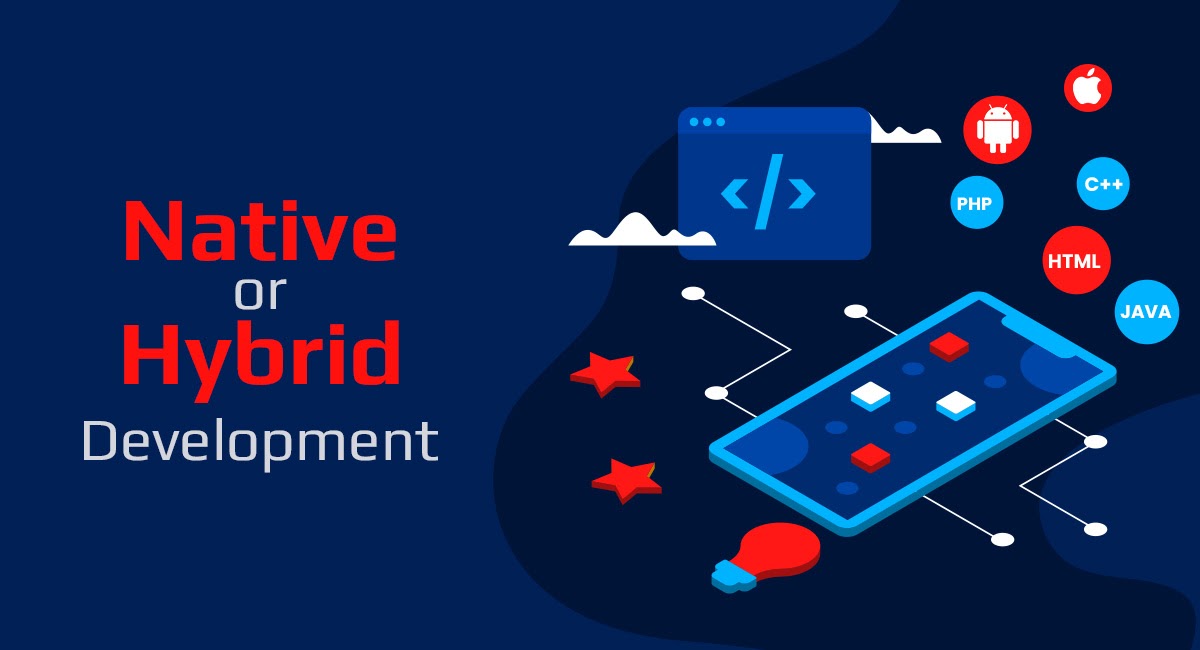 But, given that video streaming platforms are launched for a global audience, it would be better to develop individual apps for both iOS and Android. Even though you can invest in cross-platform app development, it’s worth noting that cross-platform technologies have a few limitations.

When compared to native platforms, cross-platform frameworks have limited APIs, restricting developers from building rich UX/UI for the app. So, even if you want to launch your streaming app on Android and iOS, make sure to follow the native development approach.

The next step towards building a video streaming app like Netflix is to hire a mobile app development partner. Unless you are planning to execute in-house development, it will be crucial to find a reliable development team that could turn your idea into reality.

Ideally, you should hire developers who specialize in media & entertainment app development. Since these developers have already worked on similar apps, they know how to develop a user-centric media app for different businesses. 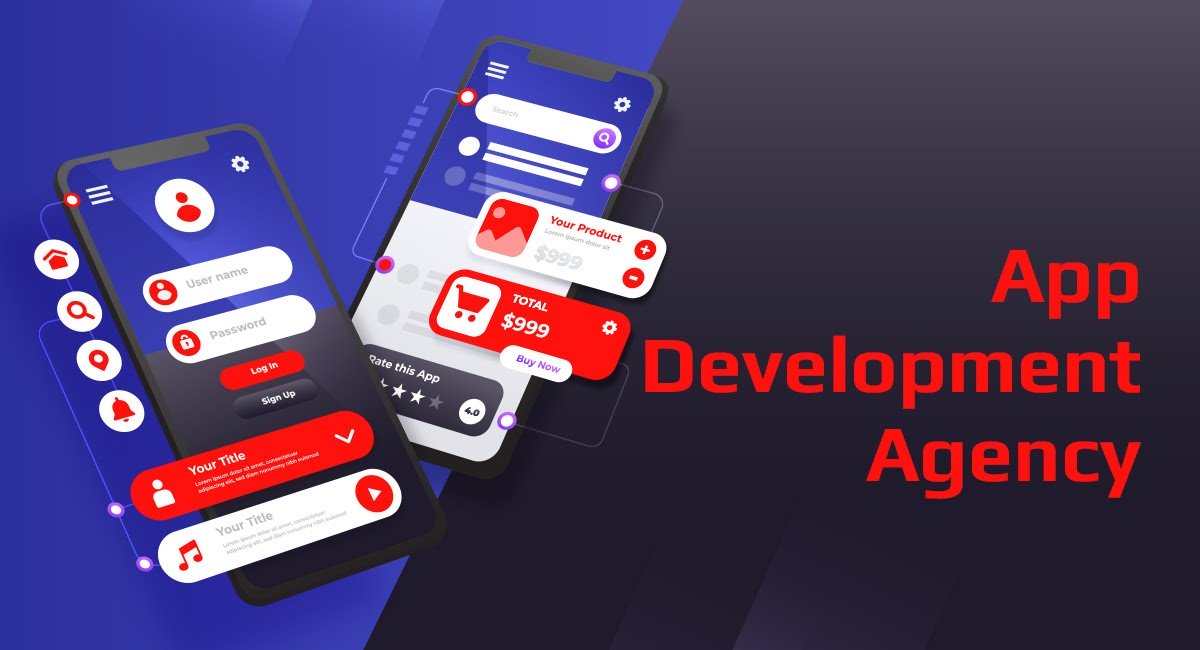 However, while searching for an app development agency, you must follow a few golden rules to stay away from risky investments. These rules include:

1. If affordability is your primary concern, look for app development agencies in third-world countries like India. Indian app developers have comparatively low development rates than developers working in the USA. Moreover, outsourcing app development to a third-party development team will save you from the daily-running costs of managing an in-house team.

2. While comparing different development agencies, their portfolio will be your biggest companion. Browse through each candidate’s Portfolio and look for agencies that have worked on media apps in the past. In case an app development company refuses to share its portfolio, there’s a huge probability they don’t have the required expertise/experience to develop your app. In this situation, start looking for other development agencies that have a comprehensive Portfolio.

3. During the development phase, transparency must be maintained to ensure you are getting your money’s worth. Look for app developers who don’t hide behind the curtain after getting paid, but communicate with the client throughout the development cycle. Before hiring a development team, make sure to ask them about their communication channel and how they’ll share the progress report of the project. Keep in mind that the more you involve in the project, the easier it’ll become to build a robust video streaming platform.

4. If you want to be extra cautious while making a decision, it would be helpful to connect with the previous clients of the development team. Though companies don’t share client details easily, you can put in the effort and reach out to people who have worked with the developers in the past. This will give you a detailed insight into the work culture of the particular agency.

While developing a mobile application, many business owners execute DIY development. If you also have an in-house development team, following a few rules will help you keep the development phase stress-free. 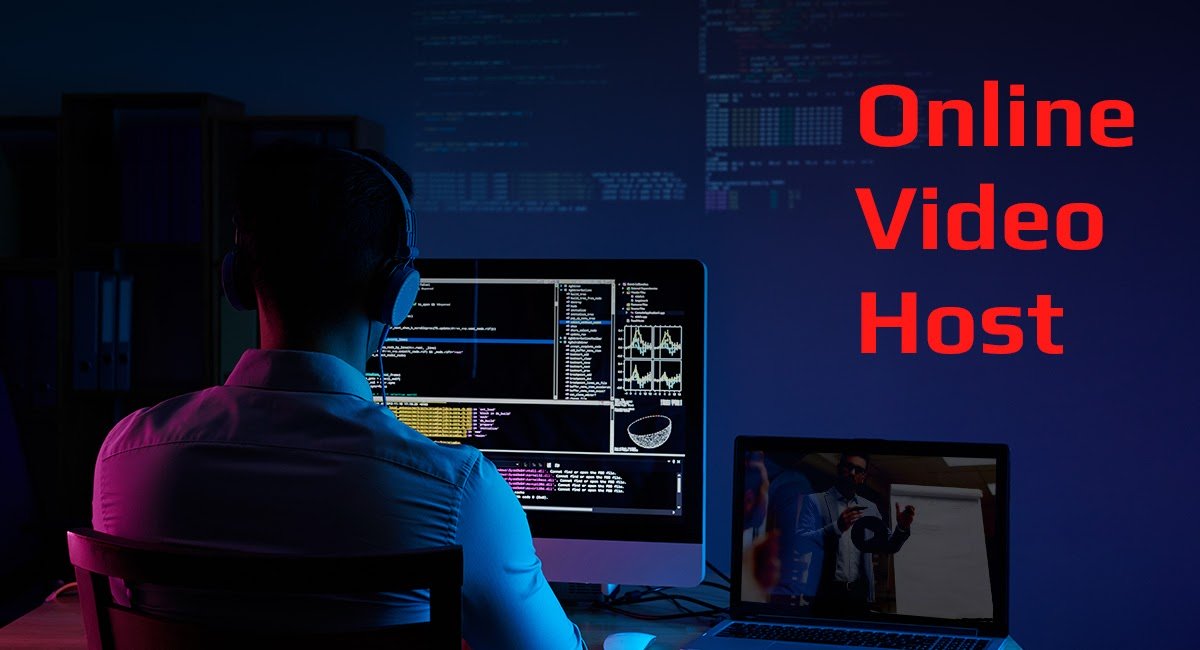 As of now, you have the advantage of choosing between multiple video hosting platforms. So, making the right decision will mainly depend on your individual business goals. For instance, if you want to launch a full-scale video streaming app, it will be necessary to find a host that offers SDK, API, and HTML5Player compatibility. Similarly, if you want to generate revenue from the app, you must look for solutions that provide complete monetization support.

As a professional app development company, we have had the opportunity to work on different types of mobile apps. Over the years, we have understood that design is the most crucial element of a successful mobile app.

Studies have revealed that users abandon nearly 90 percent of mobile apps quickly after the first use. While several factors contribute to app failure, poor UI tops the list. If your mobile app does not offer an immersive user experience, people will likely abandon it after 2-3 days. 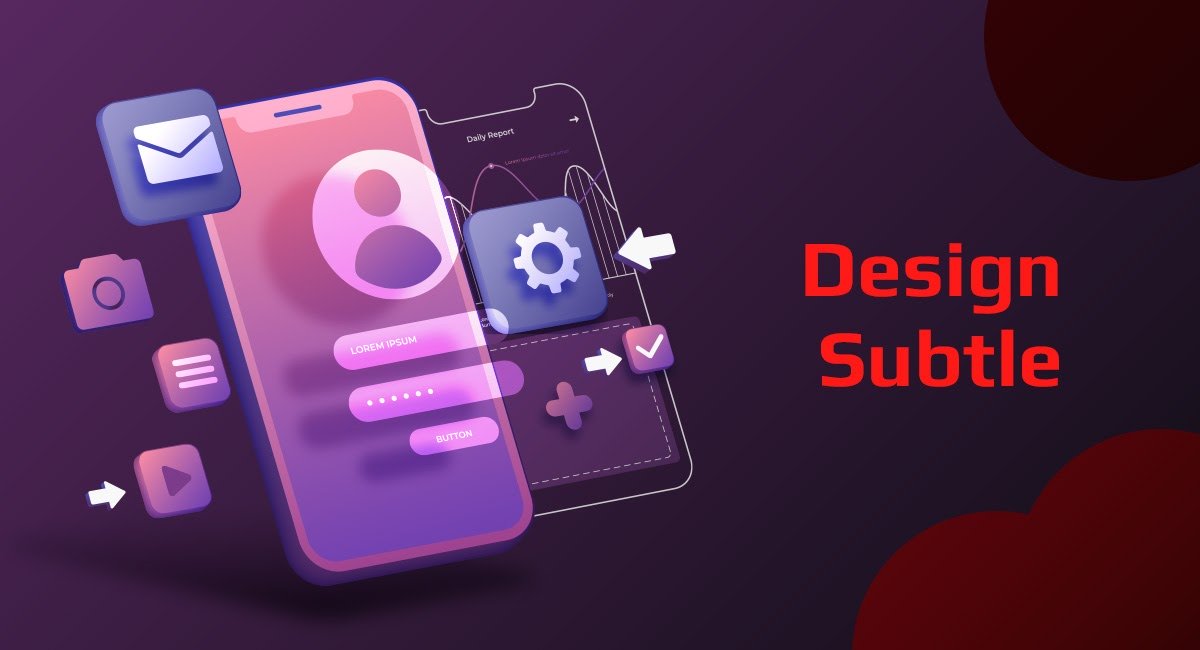 To safeguard your mobile app against failure, make sure to keep the UI as subtle as possible. Adding too many visual elements may hamper the user experience and skyrocket the overall abandonment rate. For a video streaming app, high-quality content is the major USP. Consider Netflix as an example – the app does not have any decorative elements. Instead, the company prioritizes quality content, which is the main reason behind its success.

6. Develop an MVP for Better Testing

MVP stands for Minimum Viable Product. It is an early version of a product with enough features so that potential users could test it at the initial stages of the software development cycle (SDLC). 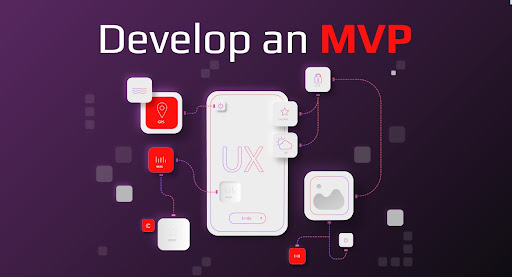 Building an MVP before the original app has several benefits. For instance, you can test the app with real-world users and track its performance. Moreover, building an MVP is comparatively less complicated than developing a full-scale mobile app. As a result, you will be able to validate your idea without spending thousands of dollars.

If you join hands with a reputed app development company such as RV Technologies, you can stay assured that the developers will follow the MVP approach.

Once the development phase completes, the next step would be to deploy your product into the market. You can start by creating a developer account on both Google Play Store and App Store to submit your app for approval.

Once approved, you will have to implement a well-optimized marketing campaign to promote the app to the masses. Keep in mind that overnight success is often a distant dream for video streaming platforms. It took nearly six years for Netflix to acquire its first 1 million subscribers and almost 15 years to produce its own content – House of Cards. 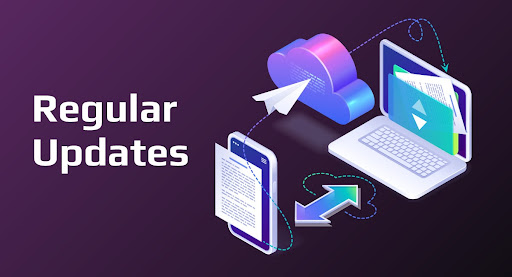 If your app provides top-notch content and your marketing efforts are well-strategized, you will be able to replicate Netflix’s success within a few years. However, during this period, you must release regular updates to keep the subscribers engaged.

App development is an ever-evolving industry, and new trends keep hitting the market every other month. As a result, apps with outdated designs and features usually get abandoned by the users. To avoid this trap, make sure to release regular updates so that your app doesn’t lose its engagement rate.

Need assistance with your video streaming platform? Hire RV Technologies, a leading app development company, as your media app development partner, and let us develop a customer-centric streaming app for your brand.