The Emergence of Virtual Reality – From Gaming to Business and Beyond! 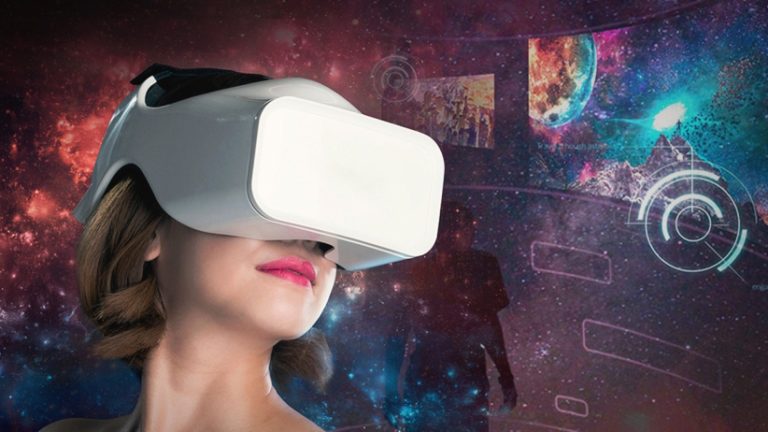 I sat on a chair last evening in a park and saw a scary dinosaur gradually stepping toward me. I tried to shout, but, couldn’t, since my voice wasn’t coming out of the throat. I got frightened. While I was about to close my eyes to get off the fear I was experiencing, I saw another hunter hurriedly moving closer to this scary dinosaur – it was just another dinosaur, a bigger one, of course. Meanwhile, I heard a frightening boom of the two of them that made me feel even more nervous and surrounded with fear.

The war began and I held my breath presuming it was going to be shut off soon. But before I could see the dreadful end, I saw the whole community of dinosaurs approaching the scene, hurriedly, as if nothing would be left unbroken today. And by that time, I was totally immersed in fear, I tried to relax me off and at the same time thought I am not going to see it anymore – I had to get back to my normal world.

Opps! Was it a dream, you ask?

Well, not really, it wasn’t a dream; but the introduction of the VR platform which is going to BOOM like the dinosaurs did a while ago. I removed my VR headset and found myself back into my real world – Thank God, I am alive. It just kept me scared all the while.

VR is supposed to revolutionize the world with its immaculate intervention in several sectors which are about to see its influence in future. Let’s find out the many fields that are assumed to bear an impact of VR in the upcoming years.

While it could be a costly endeavor to buy a headset of VR, you may still enjoy the gaming from the semi-immersive VR googles, and data gloves that can be bought in general stores or online. The glasses actually give you an illusion of the real world. Much like wearable computer monitors, which work with input from the data gloves, you will be able interact with everything that you see happening around – just another “MAGIC” – isn’t it?

Those who already have witnessed this, admit, that the VR not only gives you a real world picture but also augment it to make it more interactive as you will be able to interact with players in a game, the audience and everyone else that is a part of the picture. Oh! By the way, when was the last time you had done any adventure? If it was a long time ago, maybe you can have it right now – all you need is a VR headset along with your favorite VR game installed on your device.

One of the many areas that VR could potentially have a high impact on is business. With many brands, media and companies trying to advertise their campaign, VR could lead you to a superior way to promotion and better customer relationships creating story-driven experiences.

Aside from that VR can have a strong impact on telecommunicating. As flat-screen monitors and projectors will be replaced with VR platforms, you may be able to project your entire bodies rather than the other way possible. This will also have a great impact on remote workers as one would be able to simply enter the office without having to be there physically.

Even more, consumers will be able to feel the products as if they had already owned them. Patrons who want to shop clothes might be able to wear them without dressing up in real, which in turn, is a big transformation for the e-commerce marketplaces.

Healthcare also seems to have a large impact of VR driven society. In fact, many medical institutions have already started to make use of VR to improve surgery, robotics, treatments, education and many other areas of the medical field. The biggest benefit of VR would be that the medical staff will be able to learn additional skills by just running the simulations without having to run the operations on living patients.

For physiological care, VR has its largest impact on treating several health conditions like phobias, anxiety, PSTD through carefully conducted simulations. Typically, these systems will make use of an exposure therapy which is likely to deliver uncomfortable reactions. However, this all is done under the supervision of the healthcare professionals and since it’s just VR, it isn’t unsafe in anyway.

To summarize, we are in a world where things continue to draw an impact on the social lives of people. VR not only gives you an entertaining way to performing things, but it’s a lot more than that which probably hasn’t yet been discovered! Over time, we may be able to see some strange things happening around and you should be prepared to experience all that – and remember, this isn’t a magic, but a reality that indeed is going to give you a lot more in future!