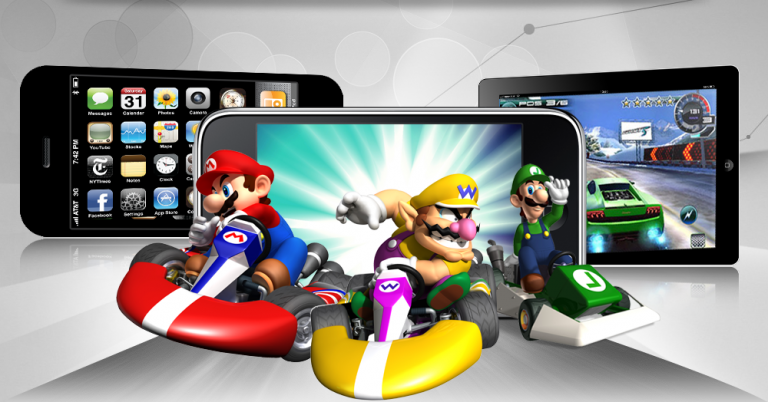 Big things come in small packages. It was in the year 2007 when Steve jobs took out his feet on the stage and pulled his phone out of the pocket saying, “It’s a phone, an iPad, including the internet!”

Well he didn’t know at that time that this little device was going to change the gaming landscape to a tremendous extent. He just created an idea and transformed it into a real-version – an iPhone it was. Subsequently came the smartphones which tried to imitate the similar concept – we call them androids.

We are in an advanced world of gaming with new apps continuously taking on the hype. Since the day Jobs introduced the iPhone, the industry never looked back. And now the video games have a lot more to entertain you with than what they had a decade ago. Here are 5 ways modern technology is transforming the landscape of mobile gaming.

Touch and gesture based controls are consistently catching pace

When Nintendo DS (a handheld video game system) was launched, every one called it useless. It used two screens, the bottom one was a touch screen. Flop! Some said.

Now in the 2016, nearly all of us are using smartphones which are touch screen or gesture based. And this is no longer a hidden reality that Nintendo did a great job at that time.

Like in the movie, you have emotions and you sometimes cry out when your favorite hero gets injured. You get to face all the warriors from your smart-phone screen as you are facing them in real. Call of duty, Assassin’s creed, the World of Warcraft, to name a few, will take you in an interesting cinematic view with HD graphics. The absolutely superb voice action, incredible storytelling and intriguing levels will keep you busy for hours.

Games are quite inexpensive than earlier

During the domination stage of home consoles like Nintendo DS and Playstation, games would cost anywhere between $40 to $70 or maybe more. Now if you find an Apple app worth $1, you begin to think whether to buy it or not. Strange! Isn’t it?

Although with gamers showing a lot of interest these days, gaming apps are making great revenues and people are ready to pay a reasonable amount for better games.

Location-based mobile games are gradually coming into the picture. Now mobile games can be connected using a localization technology called GPS. While the game is played on a mobile hardware, it takes into account the player’s position in the game.

In order words, your normal game doesn’t care about location i.e. where exactly you are. On the contrary, it really is a concern when it comes to location-based mobile games. One such illustration is the treasure hunt game Geocaching.

And now the truth; there has been a lot of evolvement in the game app development sector that probably no one would even have imagined a decade back. We are rapidly moving to a stage of innovation where the things continue to evolve regardless of whether it’s about gaming or anything else. Although no one knows what else is to be come in the near future but the fact; we all love playing games and they are just getting better in terms of graphics and the way they are played.