10 Reasons Why Flutter is Growing as a Cross-Platform Framework 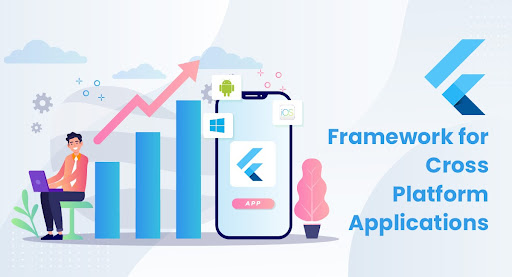 Flutter is Google’s official cross-platform app development framework which was first released by the tech giant in May 2017. Within a period of four years, Flutter has managed to become the #1 cross-platform technology that nearly 42% of developers use to build powerful mobile and web solutions.

A Stackoverflow study has also revealed that 68.8% of developers love Flutter and 10.7% want to switch to Flutter in the next few years.

In terms of popularity, Flutter has already surpassed React Native, and there are several reasons why developers are keen on this relatively new technology. Flutter works on code reusability – which means developers can use the same codebase to build native mobile solutions for both iOS and Android. In addition to this, you can also use Flutter to craft powerful web applications that deliver incredible performance.

But, its extreme versatility isn’t the only reason why mobile app development companies are slowly switching to Flutter. In this guide, we’ll explore various factors that make Flutter the most sought-after cross-platform app development technology and why you should use Flutter for your next development project.

So, without any further ado, let’s get started.

Flutter is an open-source cross-platform framework that Google released in 2017 to help developers build cross-platform mobile apps more conveniently. Its stable release was circulated in January 2021 and since then thousands of developers have switched to Flutter for designing native apps for iOS and Android. 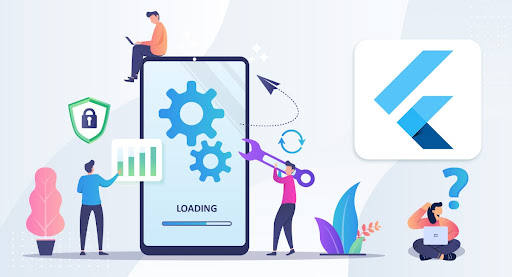 Flutter uses Dart as its official programming language. For people who don’t know, Dart is a client-optimized programming language that has an easier learning curve and multi-platform compatibility. It means developers can use Dart to build feature-packed mobile applications for both Android and iOS in no time.

While Dart is a relatively new programming language with a small development community, it’s worth noting that the technology is backed by Google. As a result, you can expect regular updates and a plethora of learning resources to expand your expertise in Dart.

So, what’s the reason behind the growing popularity of Flutter? Let’s take a look at some of the exclusive features that make Flutter the most preferable cross-platform programming language right now.

As we mentioned earlier, Flutter is an open-source cross-platform framework that’s managed by Google. Consequently, developers can start building apps using Flutter without paying even a single penny upfront. Developers have access to all the documentation that they can use to get insight into different concepts of Flutter. 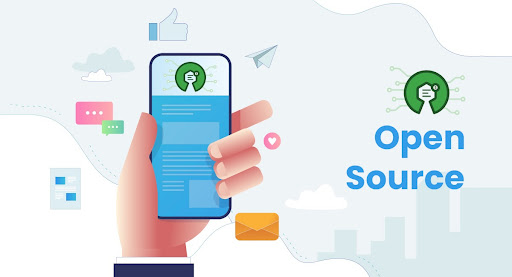 It’s also worth noting that Flutter is a growing community of developers. It means you can contact experts should you face any challenges while developing an app. Apart from this, Google releases regular updates to fix bugs so that developers can build high-performance mobile solutions without getting interrupted by unexpected blunders.

MVP stands for Minimum Viable Product. An MVP is basically an initial version of the app that contains enough features to enter the market and get real-time feedback from actual users. Based on this feedback, developers can then implement the right development strategies to build a user-centric solution.

But, what makes Flutter the best technology for MVP development? The answer is its single-code usability. Since you can use the same Dart scripts for iOS and Android, Flutter speeds up the development process significantly.

As a result, you can launch your MVP in the market more quickly and analyze customer feedback easily. Being a professional mobile app development company, we have utilized Flutter to build MVPs for different projects and it has allowed us to release the MVPs in a relatively short period.

This one goes without saying. As a cross-platform framework, you can use Flutter to build state-of-the-art solutions for different platforms including mobile, web, and desktop. What’s more interesting is that developers can deploy the same code base to develop apps for all these platforms.

However, apps developed using Flutter deliver a native-like experience across all platforms. So, you can simultaneously build high-performance mobile apps for different platforms without having to compromise with their features.

Note: Google is also working on a newer version of Flutter that would allow developers to build feature-rich solutions for embedded devices. This version is expected to be released by the end of 2021 or in the first quarter of 2022. This clearly indicates that Google wants developers to use a single technology to build apps for almost every platform.

Another reason why many outsource app development companies are slowly switching to Flutter is its extensive widget selection. Whether you want to integrate a vertical navigation drawer or add a personalized layout to your mobile app, you can import built-in widgets to get the job done.

Flutter supports two different types of widgets – state-full and stateless. The former widgets are designed to build a UI that automatically detects the state (like screen orientation or screen size) and changes the layout accordingly. Stateless widgets, on the other hand, remain static regardless of the state.

Apart from the built-in widgets, developers can also build custom widgets in Flutter. So, if you want to launch a high-performance mobile app, you can hire professional Flutter developers and let them design custom widgets to integrate the desired functionality into your mobile app.

At this point, you already know that Google is the mastermind behind this innovative technology. This is a good sign – because Google is well renowned for releasing regular updates and new features for its products.

For instance, YouTube started as a simple video-sharing platform. But, today, it has evolved into one of the most effective marketing tools where entrepreneurs and individuals can build multi-million dollar brands. 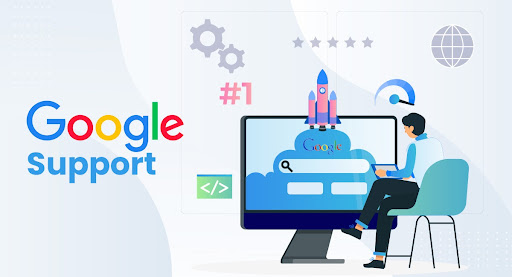 And, this was only possible due to Google’s vision to keep evolving YouTube. You can expect the same with Flutter. Within a period of mere four years, Google has released 3 different stable versions of Flutter and attracted almost half of the cross-platform development community.

p>Gamification is a rapidly growing trend in the development community that has become extensively popular everywhere. If you don’t know, Gamification is the process of adding gaming elements to a traditional (non-gaming) mobile app. This enhances the overall usability of the app and it becomes way easier to engage the customers. As a professional mobile app development company, we cannot stress enough the importance of gamification in 2021.

Whether you want to launch an e-commerce solution or an e-learning platform, integrating gaming elements will help you retain your existing customers while attracting new ones at the same time. In fact, gamifying your ed-tech solution can easily help you enhance the learning experience for trainees.

A study conducted by TalentLMS reveals that 33% of trainees prefer game-like features in training software. And, 83% of trainees who utilize a gamified training application during their training period feel more motivated at work.

Now, while you can use native frameworks to add gamification features into your app, Flutter makes the entire process way more convenient. Since it has an extensive library of built-in widgets and add-ons, developers can instantly integrate gaming elements and boost the overall performance of a mobile solution.

In addition to code-reusability, Flutter has a plethora of features that make it the most efficient cross-platform app development framework. One such feature is – Hot Reload, an exclusive Flutter component that allows developers to instantly update the code and review all the changes in real-time.

Both designers and backend developers have access to Hot Reload, which means the entire team can see the changes in real-time. This way no one has to wait for several hours to review the updated code. After reviewing the changes in real-time, both developers and designers can start working on the next module and speed up the entire development process, resulting in faster deployments.

Being an open-source technology, you can find comprehensive documentation on different features of Flutter. This will be extremely helpful if you want to hire an in-house development team to build cross-platform solutions using Flutter.

You can circulate the entire documentation (tutorials and comprehensive guides) within the development team and let your developers gain the required expertise to use Flutter for app development.

Flutter is an ideal cross-platform technology for SMEs, startups, and small businesses. Such business ventures usually have limited funds to spend on app development. The good news is that Flutter can help them launch powerful mobile apps across different platforms without exceeding the specified budget.

Since Flutter completely eliminates the requirement of hiring two separate development teams, you can launch your mobile solutions for iOS and Android at a relatively lower price. Not to mention, Flutter ensures rapid app development, which reduces the total number of hours to develop the app and thereby reduces the development cost as well.

Flutter supports a wide range of IDEs (Integrated Development Environments) such as Android Studio, IntelliJ Idea, Visual Studio, and Codemagic. You can install dedicated plugins in Flutter to write the code in a specific IDE and develop a personalized solution accordingly.

Flutter vs React Native: Which Is Better for Cross-Platform App Development?

When it comes to cross-platform technologies, both Flutter and React Native are in cut-throat competition to become the superior framework. Even though Flutter has recently surpassed React Native in terms of adoption rate, many developers are still comfortable writing apps in React Native. So, which one is a better choice for cross-platform app development?

Well, it depends! Choosing the right development framework will depend on several factors including the application size and maintenance. If you run a small-scale business and have limited resources, it would be better to choose Flutter as the framework for your mobile app. Why? Because Flutter has an easier learning curve, and it’s quite convenient to maintain the source code. Even if your app runs into technical glitches, it’ll only take a few hours to evaluate the root cause and update the code.

Unfortunately, that’s not the case with React Native. Facebook’s brainchild uses Javascript as its scripting language. As compared to Dart, JavaScript is a relatively complex programming language. That’s the reason why scripts written in JavaScript are challenging to test. So, if you want to execute a hassle-free development process, make sure to choose Flutter over React Native.

However, React Native offers better scalability. It means if you want to build highly complex scalable solutions like Linkedin or Instagram, React Native will give you the right set of features to bring your vision to reality.

Despite being a relatively new technology, Flutter has garnered immense success in the development community. There are too many reasons, be it its multi-platform compatibility or gradual learning curve, that make Flutter the best app development framework. If you also want to step into the mobile app market and target a wider audience, using Flutter as the development framework will be the right choice. It’ll help you launch two native apps on both iOS and Android and deliver an exceptional browsing experience to the users.

As a professional mobile app development company, we are among the early adopters of Flutter. Our developers have already built a variety of feature-packed cross-platform solutions using Flutter. Contact our team at contact@rvtechnologies.com and we’ll get back to you with a custom roadmap to bring your app idea to reality.