Of Course, Parallax Scrolling Still Works While It Has Certain Limitations! Here’s How… 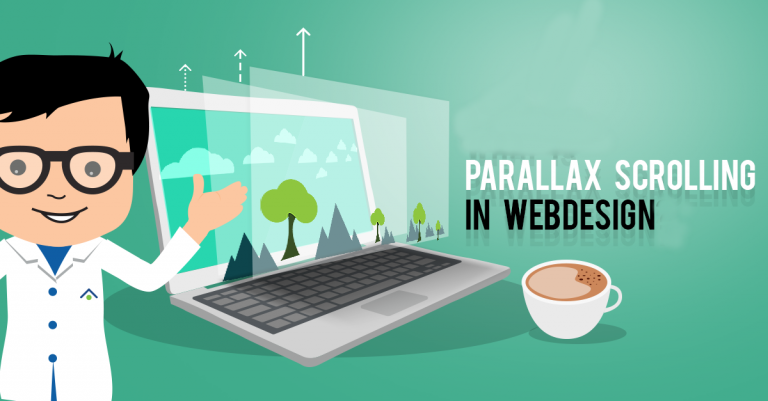 My friends call it an “art”, that I often agreed upon. Being an enthusiastic designer, I was always tempted at parallax scrolling for its uniqueness and the way foreground moves faster than the background, creating a 3D effect as you scroll down the page. I wonder many of you call it “bad” from the user’s perspective but, I just don’t agree with people who aren’t good enough to make judgments about what’s “good” and what’s “bad”. In fact, I would go with parallax as long as I have an answer for the shortcomings that parallax scrolling has with it.

Critics of parallax design claim that too much scrolling irritates the users and distracts their attention. In fact, I too, have seen websites that are image-heavy and it takes time to reach to the end of a webpage – which isn’t good at all!

Too much scrolling is “Too-much” and I’d recommend not to make your parallax website too bulky with images. Haven’t you heard a famous proverb that says too-much of anything is bad?

I’ve often heard my fellow designers saying that information should be kept above-the fold, i.e. on the upper half of the website. They say, users won’t catch the information with non-traditional parallax design.

Well, the world is scroll-oriented today and I no longer need to describe to you that 76 percent of the users would like to scroll down a webpage, if you are having a scrollbar in it, as per studies. Using an arrow to guide your users would often clear any doubts.

I understand how irritating it could be to run an image-heavy website on a poor internet connection. Users generally tend to lose their interest when they aren’t getting in a hurry what they are looking for. However, there are certain adjustments that a designer can make to cope with slow performance and loading time. A good way to do this is by making two versions of a website – one using parallax scrolling and the other one using static HTML. This would surely help users with poor internet connection to load and view your website easily.

One of the criticisms that parallax design faces is that websites don’t work on mobile. Users are directed either to a non-parallax website or a different website particularly designed for mobiles. They say, it’s a huge barrier when it comes to conversion rate since most people are browsing the web on their mobile phones.

This might be true, but, many developers have made workarounds to cope with such problems, introducing CSS3 transforms to offer an effect like parallax scrolling. I myself, have seen websites that generate a parallax like effect on mobiles but are designed using CSS3 transforms.

Critics believe that parallax isn’t good from the SEO perspective since a one-page website is difficult to target with all the keywords putting on a single page, instead of spreading across multiple pages.

While this is a big loss from the marketing point of view, the designers may choose to make multiple webpages by re-directing the homepage to them. Adding content to those pages might help marketers get over the problems with fewer keywords in a website.

I have also heard people saying – Is parallax scrolling going to stay?

Parallax scrolling provides an interactive and engaging approach to design webpages that has transformed the whole picture of website designing in a big way. And while it may have certain limitations, the designs are getting better day-by-day. In the end, I’ve no doubt that parallax scrolling not only will stay but will improve a lot in the upcoming years with more and more designers getting comfortable designing with it.