Google IO Keynote : A Look Back at the Event!

Google I/O held this year from May 18 – 20 at Shoreline Amphitheatre in Mountain View, California, captured the attention of billions who are Google fans, waiting to find out, what’s new the big name has to introduce, in 2016. The event that used the outdoor venue of Amphitheatre as a keynote, unfolded several new technologies from the Android N to Google Home, while creating the major headlines in the newspapers, the very next day.

The Google introduced “Google Assistant”, in their first announcement, which is pretty similar to what is called “Google Now”, but, designed with a more personable approach.

The Google’s new assistant tells you all the more relevant results for your queries, but, with an entirely different approach than what you may have come across earlier, in Google Now.

For example, the way Google Assistant learns and converses with the users. Let’s say you ask about “different movies running around in the theatres” and the Google Assistant comes up with the answer “I am calling the kids.” – Indeed, it is smart enough to learn from the question you asked and converses in an altogether more exciting manner.

Also, if you are about to attend an event that needs a ticket, your Assistant can buy the ticket on your behalf with its all the very cool Bot functionality.

Am I in a dream, you ask? Certainly not!

Next to that, the “Google Home”, a vase-like device with a speaker at the bottom, you can place it in your home. Thanks to its sensitive microphones that can hear commands and queries easily. The device tells you about anything, be it your favorite football match or the next big blockbuster movie running in the theaters, without lifting a finger to tap anywhere. 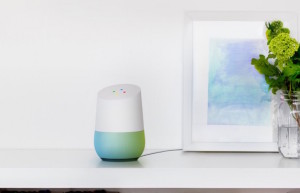 Google Home is a Google’s take on to Amazon Echo; it plays music and can be a source of your home entertainment anytime you want it to. You can check the restaurant reservation, set alarms and perform all the tedious tasks that you need an assistant for. The company announced that the Google Home will be available soon this fall.

Google went straight to its next announcement, the Allo and Duo. Allo, a messaging app, can advice you or come up with suggestions when someone messages you and you reply back in response.

Responses can be personalized depending upon how you want to answer. An Incognito Mode has been introduced, that supports end-to-end subscription, in a different window. The chats are fully private and can be deleted completely after shutting down the window. 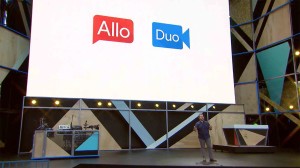 Then came the Duo, introducing its video calling capability, as a companion to Allo. The latter comes with a Knock-Knock feature that enables you to watch whosoever is trying to call you before you start a conversation. The company announced that both the Allo and Duo apps will be available soon for Android and iOS.

Next in the Google’s list was the “Daydream”, a mobile virtual reality platform built on Android N. Google Daydream introduces all in one experience on a single VR platform. You can access games, apps, movies or even the Google play store on a VR headset. The company also introduced a reference VR headset, together with a Wii-like remote, that assists motion-controlled gaming, with a user friendly interface.

Google also announced several phones that are upcoming with Daydream-compatibility, belong to Samsung, HTC and other popular manufacturers.

Here is a good news that Google didn’t announce on the stage; You should be glad to hear that you will be able to access the Google Play store on Google Chrome OS, thus allowing both the two operating systems work in conjunction. However, these are just the beginning stages, the company didn’t unfold the big news in the Google IO keynote.

Google announced the “Android wear 2.0”; the first major overhaul of the wearable technology introduced back in 2014. Providing you with all the fitness help and updates, ease of messaging and much more, in future, it will exhibit any data you want to see on the watch face. You don’t have to carry your phone with you, as the 3G, 4G enabled wearables are about to hit the market soon. 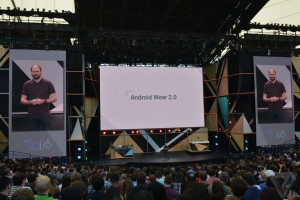 Finally, the incredible “Android Instant apps” came out of the Google’s wallet, that enables you to access any play-store app instantly without having to download it. The company used the same approach, as they have used in Accelerated Mobile Pages. App users will no longer have to wait to download an app, they can simply have access to the app features instantly, via the traditional app download route. 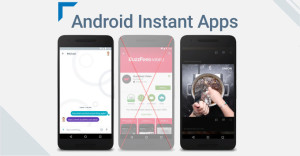 For instance, you want to shop within seconds but the e-commerce domain isn’t optimized for mobile users, so you choose to install their business app. You can have access to its important features without having to download the whole app, in an instant.

In the end, we need to hold our breath to see; will all the technology upgradations fit in the user’s need? How good they can do to a user? Are there any bads as well? I just want to wrap it up here, assuming, the future will tell you the whole story. Stay tuned to find it out with us!